Should You Buy Your Next Car New or Used?

There are cases when it’s better to buy new than used. Look for low-priced cars with high resale value. 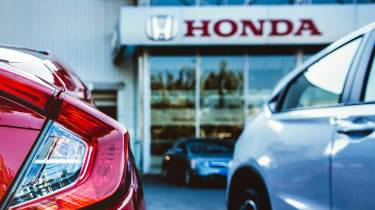 At Kiplinger, we’ve hewed pretty closely to the same car-buying advice over the years: Used cars offer the best value. Not overspending on a depreciating asset fits well with our get-rich-slowly philosophy.

As designated car guy here, I’ve repeated that mantra plenty of times. But recently a friend challenged me on it. He was looking for something safe for his kids, with a stick shift and a hint of sportiness. Maybe a new Honda Civic or Toyota Corolla Hatchback? No problem with your choices, I said, but why not buy used? His counter: Carmaker subsidies made the interest rate he would pay for a loan on a new car much lower than the rates he was finding for used-car loans. Also, he argued, a three-year-old car would be that much closer to needing new tires, brakes and possibly major service.

“But ... but ... depreciation!” I sputtered. At the same time, I remembered that the models he was considering have super-high residual values. Maybe he was right? I resolved to run some numbers and check with experts to see if it ever makes more financial sense to buy a car new rather than used.

Note that I said financial sense. Some people, for any number of reasons, will never buy a used car. Others won’t ever buy new (price is often the reason). My friend was in neither of these camps, and I imagine there are others like him.

What’s the answer? According to Ivan Drury, senior insights manager for Edmunds.com, there are cases when it’s better to buy new than used. “It isn’t even rare,” he says. “You need vehicles that are low-priced to start with and have high resale value.” Some examples he provided: the Toyota Tacoma pickup, the Toyota 4Runner (a popular old-school SUV), the Jeep Wrangler and the Subaru Crosstrek (a small crossover). “With these,” he says, “the price differential is not enough to say, ‘Hey, go out and buy a used car.’” It’s the opposite case for luxury vehicles. For these, favorable financing and free maintenance can’t make up for the huge depreciation hit, Drury says. Buy used.

What about the cars on your short list, which might be somewhere in between these two groups? I recommend starting with an online cal­culator, such as the Edmunds True Cost to Own tool, to consider all the costs (insurance, depreciation, maintenance and more) that go into car ownership. If you want to get deeper into the financing costs, also check out State Farm’s New Car vs. Used Car calculator, which (for better and worse) lets you input your own values for almost all of the parameters.

And, of course, it’s important to make an apples-to-apples comparison. Eric Ibara, director of KBB’s 5-Year Cost to Own tool, notes that cars get better and safer all the time. “There are a lot of features coming out on new cars that are not available on a three- or five-year-old car,” he says. “The safety technology, for example—some of the older cars had it, but not all of them did.”

Fortunately for my buddy’s situation, there’s not much difference between a 2020 Honda Civic and one from three model years earlier, 2017. So: For a Civic LX with a six-speed, over five years, it will cost $228 less to buy a 2020 model than a 2017 one. As expected, the new car costs more up front and depreciates more dramatically, but maintenance and repairs are higher for the used model. Not a huge difference, but don’t forget, you get that new-car smell along with your savings.

Want to follow along with the calculations for the Civic and some other models? Check out some of the spreadsheets I’ve published.