A mounting list of planned playoffs weighs on stocks Thursday, though Big Tech manages to hoist the Nasdaq up to another record high.

Thursday was another turbulent day for stocks as the nation's economic picture continued to cloud up. The volume of new unemployment claims declined once again, to 1.31 million last week, but fresh bad news on the jobs front weighed on investors.

Walgreens (WBA, -7.8%), one of just a couple of noteworthy stocks with earnings reports this week, announced it would cut 4,000 U.K. jobs and freeze share buybacks amid weak quarterly results.

Credit Suisse analysts identified signals of trouble a day ahead of the report: "Trends toward the last part of March were particularly soft, as UK Boots sales declined by 65% over the last 10 days of the month. Health & Beauty sales are particularly important for Boots in the UK, and the company saw consumers significantly reduce spending for discretionary items."

How Long Can the Uneven Market Last?

The Nasdaq's stocks extended their yearlong outperformance, delivering 17%-plus gains in 2020 versus a 2% loss for the S&P 500 and nearly 10% declines for the Dow.

But it has increasingly been a lopsided effort.

Consider that on Thursday, even as the Nasdaq finished in the black, 2,264 of its components declined (versus just 1,059 advancers) – a lack of breadth that could be concerning if it persists.

"It does not necessarily matter who leads a bull market on a relative basis, but from a nominal price standpoint we do need to see all or most groups confirming the action forged by any leadership sector," writes Dan Wantrobski, technical strategist and associate director of research at Janney Montgomery Scott. "The fact that the NASDAQ continues to press to new highs as broad participation weakens further is a clear and present divergence that needs to be repaired in the weeks ahead. If not, it would point to a bigger correction ahead, in our opinion."

For now, technology remains the hot hand – whether it's mega-caps most coveted by hedge-fund managers or lesser-known tech firms starting to make a name for themselves.

Wall Street's pros keep beating that drum, too. Many of the analyst community's favorite growth stocks fall within the technology sector, though they also spy opportunities within health care. Read on as we look at a group of seven stocks that the pros say have the fuel to keep rocketing higher.

Here are 13 dividend stocks that each boast a rich history of uninterrupted payouts to shareholders that stretch back at least a century.
Warren Buffett Stocks Ranked: The Berkshire Hathaway Portfolio 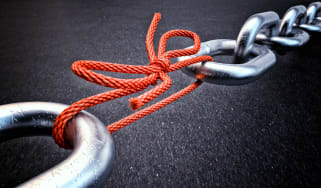 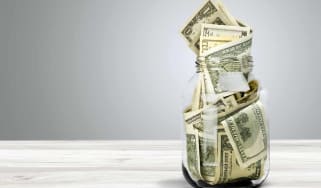 If you're a set-it-and-forget-it income investor, these 10 dividend ETFs give you a wide variety of ways to collect a regular paycheck.
Skip to ContentSkip to Footer