Skip to headerSkip to main contentSkip to footer
Investing for Income

Common sense suggests that the market’s punishment of bank stocks is overdone.

This brutal year has been horrendous for those who hold stock in banks and related financial companies. But just as daily life shall improve for society, the same is true for bank shares.

Months after the markets forgave industrials, tech, drugs and many other sectors, judging them to be temporary victims of a natural disaster instead of total roadkill, investors still largely shun banks. Invesco KBW Bank (symbol KBWB, $41), an exchange-traded fund that owns shares of 24 giant U.S. banks, lost 50% from January 2 through March 23—but from then to October 9 regained less than half that loss. Invesco KBW Regional Banking (KBWR, $36), a sibling ETF of 50 midsize and regional banks, is even bloodier. It lost 48% at one point but has barely reclaimed one-third of that damage. (Investments I like are in bold; prices are as of October 9.)

I’m aware that banking is a proxy for the economy and that the cascade of unemployment, business failures and real estate distress hits lenders more directly than it does, say, a fee-collecting money-management business or Apple and Microsoft. And low long-term interest rates are to banks what weak corn prices are to Illinois farmers; the net margin between what banks pay on deposit and earn from their investments is thin.

But common sense suggests that the market’s punishment of bank securities, including bonds and preferred shares, is overdone. Even junk bonds now yield much less than the common shares of many of America’s largest financial institutions. With respect to banks, the stock market has departed from apparent reality.

Better times ahead. Indeed, the word turnaround has started leaking out. That Invesco KBW Bank ETF’s net asset value set a low of $36 late in September; now it is $41. But the NAV was almost $60 before the pandemic. Traders may rotate from overbought big techs to financial wrecks. Regional banks might be takeover targets, a possibility reflected in share prices that are creeping higher. Since the third week of September, shares of Fifth Third Bancorp (FITB, $23), Regions Financial (RF, $13) and Truist Financial (TFC, $43), which was formed by the merger of BB&T and SunTrust, have each rallied more than 20%; each still yields more than 4%.

The men and women who run these banks are big believers in dividends; they have a huge small-investor base. And although the Federal Reserve has ordered big banks to freeze dividends, this is, if anything, reassuring. “Banks are like utilities—completely regulated, with [the Fed] as a shock absorber,” says portfolio manager Aaron Clark at GW&K Investment Management. He sees strong dividend growth resuming post-pandemic. Bank earnings are currently weak, but nobody expects any of the top banks to ask to be rescued. The industry has built up too many defenses since 2009. Loan delinquencies are not out of control, as they were during the financial crisis. And the Fed is standing by with massive aid, if needed.

Another reason for optimism is that yields are creeping up a bit even as the Fed is freezing short-term rates for three years. Numerous analysts assert that by 2021 and 2022, the net interest margin for banks will expand, and the dividend cap will be gone.

Anytime you see a sound bank trading below 1 times book value, it is a bargain. Truist trades at 0.92 times book. People’s United Financial (PBCT, $11) trades at 0.62 times book and yields 6.7%. Last spring, it had $7 billion of loans in forbearance. By September, that was down to $1.6 billion. Even in a down year, profits cover the dividends.

The time to invest in anything out of favor is when the news is still bad but improving from ugly. It just takes patience. At least with banks, you get paid to be patient. 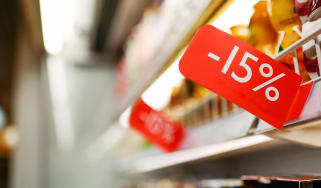 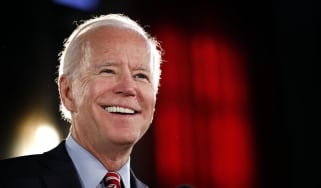 In January, Joe Biden will become America's 46th president. These are 15 of the best stocks to own under the new administration.
13 Best Stocks to Buy If President Donald Trump Wins Re-Election 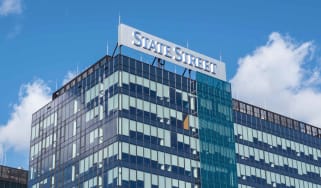 These seven SPDR ETFs can help you build a solid, low-cost portfolio core while allowing you to benefit from America's growth and innovation.