The COVID-19 pandemic triggered an unprecedented collapse in economic activity.

The U.S. economy plunged 32.9% at an annual rate in the second quarter to record the steepest drop in American history.

On a non-annualized basis, GDP fell 9.5%. Although activity began to recover somewhat in mid-May, economists say the latest reading suggests the country remains in the early stages of what promises to be a protracted period of pain.

"Many government assistance programs assume a rapid, V-shaped economic recovery," says Kiplinger Staff Economist David Payne. "But odds are the second-half recovery will be slower than initially expected, making up for less than half of the first-half drop."

For the full year, Payne forecasts GDP to decrease 5.8%. Consumption, business investment, inventories and exports, all of which fell in the second quarter, are expected to continue to weigh on economic activity.

The only item to be found on the positive sign of the ledger in the second quarter was federal government spending, which increased 17.4%. Taken all together, the American economy is now 10.6% below its level in the fourth quarter of 2019, notes Payne.

The market, however, is forward-looking; the second quarter is old news. At this point, all that matters is where we go from here, the economist says.

"The question driving markets: How strong will the third quarter rebound be?" says Payne, cautioning that unemployment claims have risen the past few weeks as COVID infections have picked up.

"The health of the labor market is a huge factor in the economy’s ability to recover," Rick writes. "Job adds from reopenings thus far have barely made a dent, and as the resurgence in cases pushes us back into a holding pattern, I anticipate that the already-high unemployment rate will also be fed by healthier companies that will need to conduct layoffs closer to year’s end."

To put the historic slump in perspective, GDP had never declined by more than 10% on an annualized basis in any quarter since the government started keeping records in 1947.

As for what comes next, economists say it's imperative to get the spread of coronavirus under control in order for the economy to heal.

"And if the virus continues to escalate its spread across the U.S., we’ll be in for an even longer, deeper downturn," Rick says. 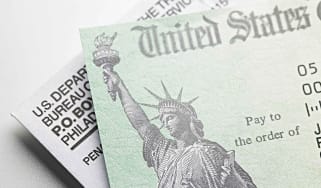 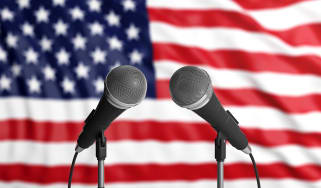 A new rescue package unveiled by House Democrats, as well as more encouraging housing data, couldn't get investors' minds off Tuesday night's debate.
The Best and Worst Presidents (According to the Stock Market)

Which American presidents oversaw the best stock market performances? Just for grins, let's see what a 'stock market Mount Rushmore' might look like.
How Will Stocks React to the 2020 Presidential Debates? 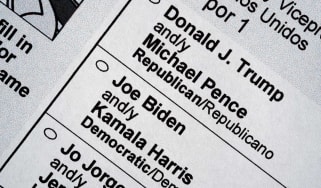 How Will Stocks React to the 2020 Presidential Debates?

Nervous about how the market will handle the 2020 presidential debates? If history is any guide, the market won't care what happens either way.