It’s not an immediate threat, but some warning signs say to set up some defenses now.

Investors like inflation about as much as everyone on Dallas liked TV villain J.R. Ewing. The animosity is understandable: Rising prices eat into investment returns and erode the value of retirement savings. And if you’re old enough to have watched the prime-time drama that dominated the 1980s, you likely remember periods of runaway inflation—such as from 1970 through 1980, when it averaged an annualized 7.8%, cresting at more than 13% in 1980. These days, the prospects for inflation are less intimidating. Even so, investors should consider protecting their portfolios now.

Younger investors may not remember a time of high inflation. Over the past 15 years, annual inflation has averaged 1.9%, well below the 3.4% average annual increase since 1950. Factors keeping inflation low include an aging population (older folks are less likely than their younger cohorts to pump money into the economy) and advances in technology, which have made businesses more productive while keeping a lid on labor costs. At the same time, e-commerce puts pressure on businesses to sell goods at competitive (read: low) prices, says Russ Koesterich, comanager of BlackRock Global Allocation fund.

In the wake of the COVID-19 pandemic, which brought with it record unemployment, recession and massive destruction of consumer demand, a near-term acceleration in inflation seems highly unlikely, says Koesterich. June saw a year-over-year increase of just 0.6% in the consumer price index, the government’s main measure of inflation. Kiplinger expects the inflation rate to end the year at 0.7%—well below the 2.3% posted in 2019.

What’s the threat? Even if inflation isn’t a worry right now, you should still factor it into your investing strategy, says Kristina Hooper, Invesco’s chief global market strategist. “Historically, inflation has reared its ugly head at surprising times. Inflation-hedging strategies should be a long-term component of your portfolio, not something you do only when you think inflation is going to rise,” she says. And after years of inflation hovering below its 2% target, the Federal Reserve would likely tolerate a sustained period above that benchmark, says Michael Crook, head of Americas investing strategy at investment firm UBS.

There are signs of accelerating in­flation lurking in the distance. A potential catalyst is the unprecedented amount of stimulus money flowing into the U.S. economy in the wake of the COVID shutdown. The goal is to maintain or even drive up demand, which could be inflationary if it rises faster than the supply of goods and services. This scenario failed to play out in the years following the recent global financial crisis, with banks reluctant to lend and consumers and businesses reluctant to spend. What plays out this time remains to be seen.

A potential rollback in business globalization, including a trade war with escalating tariffs between the U.S. and China, is a potential driver of inflation in the coming years, says Fidelity Strategic Real Return fund comanager Ford O’Neil. So is a push for all-domestic supply chains. “Globalization was a huge headwind for inflation over the past 20 years,” he says.

How to hedge. Protect your portfolio with Treasury inflation-protected securities (TIPS). The principal value of these notes rises in step with the CPI. Because the market is currently pricing in very low inflation expectations, TIPS are cheap. The difference in yield between the 10-year Treasury and 10-year TIPS was recently 1.41 percentage points, implying that investors expect 1.41% annual inflation over the next decade. Should inflation trend higher than that, TIPS would come out ahead of Treasuries. Buy TIPS directly from Uncle Sam at TreasuryDirect.gov, or use a fund, such as Vanguard Inflation-Protected Securities (symbol VIPSX). The actively managed fund charges 0.20% in expenses and has outpaced its average peer in nine of the past 11 years. (Returns and other data are through July 10.)

Or consider floating-rate debt. In­flation and rising interest rates often go hand-in-hand, so floating-rate loans—whose rates are pegged to short-term benchmarks and rise along with interest rates—can pay off when inflation ticks higher. A caveat: Firms that take out these loans typically sport sub-investment-grade credit ratings, and therefore carry a higher risk of default. A fund worth exploring is Invesco Senior Loan ETF (BKLN, $21), one of the Kiplinger ETF 20 (see more on our favorite exchange-traded funds). The ETF yields 4.0%.

Stocks have historically outperformed inflation over long periods. Hooper recommends high-quality firms whose competitive advantages allow them to raise prices to keep up with inflation without losing customers. Don’t ignore international stocks, says Crook. Rising inflation in the U.S. typically results in a weaker dollar—a boon for U.S. investors in international firms, whose foreign-currency profits get converted into more greenbacks. Fidelity International Growth (FIGFX), a member of the Kiplinger 25 (the list of our favorite no-load mutual funds), kills two birds with one stone, investing in international firms with market-leading positions in hard-to-enter industries. It has beaten 86% of its peers over the past decade.

Real estate is a classic inflation hedge, as landlords typically hike rents to match an uptick in inflation. But the potential for a drop in demand for rental, office or living space amid the COVID-fueled downturn has hurt real estate investment trusts. Select data center and warehouse REITs should be okay, however (see 5 Great REITs to Buy Now).

Gold is often touted as an inflation play. It’s been on a tear as investors seek safe havens amid market volatility. But its record against inflation is only so-so, says BlackRock’s Koesterich. In successive 12-month periods from December 1973 through May 2020, gold beat the CPI only 51% of the time. Still, he says, for long-term investors, a touch of gold—say, 3% to 5% of your portfolio—makes sense. Consider iShares Gold Trust (IAU, $17), an ETF that tracks the price of gold and charges expenses of 0.25%.

Fidelity Strategic Real Return (FSRRX) is a one-stop inflation hedge, investing in a mix of TIPS, floating-rate loans, commodities and real estate. Back-testing shows the fund’s standard allocations would have beaten inflation in 80% of the 12-month periods going back to 1973.

Groceries are up, gas is down

Following three months of declines, the consumer price index, the government’s main gauge of inflation, rose 0.6% in June compared with the same month a year earlier, and is up the same amount overall for the year that ended in June. If you do your family’s grocery shopping, that figure seems low, and for good reason. The cost of food has risen by 4.5% over the same 12-month period, driven by rising costs of meats, poultry, fish and eggs. Meanwhile, if you do a lot of driving, a modest inflation rate might seem comically high: Gas prices are down 23.4%.

Food and energy prices are notoriously volatile, so many economists prefer to track so-called core inflation numbers, which exclude food and energy prices. Stripping the volatile stuff out, core in­flation is expected to run higher than the CPI rate you read about in headlines, finishing the year at about 1.2%, compared with the 0.7% Kiplinger expects for inflation overall. For consumers, however, ignoring the very real costs of fuel and food when measuring inflation might seem ludicrous. Energy prices have been on the rebound lately, and Kiplinger expects food prices to finish the year up 5.6% from last year.

20 Best Stocks to Buy for the Joe Biden Presidency 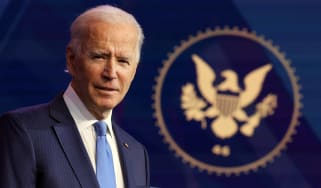 20 Best Stocks to Buy for the Joe Biden Presidency

Joe Biden is about to become America's 46th president. These are 20 of the best stocks to own under the new administration.
The 11 Best Vanguard Funds for 2021

It'd be easy to put together a full 2021 gameplan using nothing but a mix of the best Vanguard funds. Here are 11 that stand out for the year to come.
The 21 Best ETFs to Buy for a Prosperous 2021 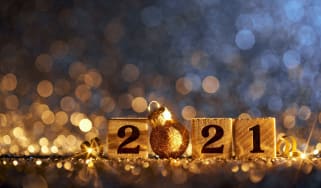 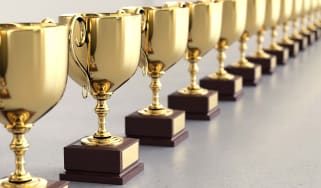 A key to smart saving for retirement: spreading your portfolio across a few of the best mutual funds in your 401(k) plan. Here, we profile the top opt…