New House Tax Chairman Levin Will Seek His Own Path

Speaker Nancy Pelosi may still run the show, but Sander Levin will wield more power over tax policy than did his predecessor on Ways and Means.

When it comes to setting tax policy, does it really matter who the chairman of the House Ways and Means Committee is? Yes and no. No, because House Speaker Nancy Pelosi (D-CA) exerts pretty tight control over her committee chairmen. But also yes, because the new tax chairman, Rep. Sander Levin (D-MI) will insist on making his mark during what could be a short tenure.

Levin took over the panel in early March after Rep. Charles Rangel (D-NY) stepped aside amid a series of ethics problems. At the time, the conventional wisdom was that Rangel’s departure wouldn’t make much difference in terms of what came out of the committee. After all, Pelosi had been calling the shots on tax issues for some time, and there was no reason to believe she would stop. Rangel’s influence had waned during his time as chairman, largely because of those ethics problems.

True, Pelosi hasn’t lost any of her power, and she even bolstered her standing with a victory in pushing health care reform through the House. And there is speculation that the 78-year-old Levin may end up stepping aside in the next year or so, so that a younger member of the committee, such as Rep. Richard Neal (D-MA), could take the reins. But don’t assume Levin will behave like a mere caretaker. He has his own priorities on tax policy, and he’s likely to take a different path than Rangel did. And he won’t be distracted by problems on the ethics front. What does this mean for business? Plenty.

For example, although Rangel is a liberal Democrat, as a New Yorker he’s also a friend of big business and of Wall Street, which is why one of the issues he championed as chairman was a deep cut in the 35% top corporate tax rate. Rangel saw this proposal as the cornerstone of a bigger tax reform effort. It’s safe to say that a corporate tax cut won’t be a top issue for Levin. He’s sure to be more concerned about tax measures to revive struggling industries in his home state of Michigan, to keep jobs from going overseas and to rein in multinational firms.

Those matters aside, Levin has a tough load of weighty issues ahead of him and not much time to ruminate on them: He has to steer estate tax reform legislation through the committee this year and figure out what to do with the Bush tax cuts before they expire on Dec. 31. So Levin will show what kind of Ways and Means chairman he is in short order. 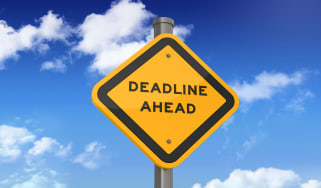