What the Midterm Elections Mean to Your Money

Regardless of the results of the election, putting an end to the uncertainty is likely to be a plus for your portfolio. 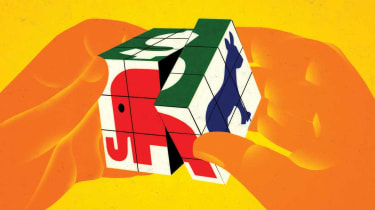 As Americans head to the polls, it’s probably safe to say that the outcome of the 2018 midterm elections will be among the most closely watched in memory. But, politics aside, what should investors be on the lookout for?

If history is a guide, Americans can expect a power shift in Congress. But history also shows that whether your party is victorious or not, your portfolio is likely to survive the midterms unscathed—and maybe a little ahead. “There’s so much focus on the midterms because of the polarized nature of the electorate,” says Mike Ryan, chief investment officer for the Americas at UBS Global Wealth Management. “Elections matter, but they’re not the only thing and not the most important thing” for stocks, Ryan says.

Incumbent parties tend to lose ground in midterm elections. Since 1910, the party in the White House has lost 31 seats, on average, in the House of Representatives and four seats in the Senate, according to UBS. The Democrats need to flip 23 Republican seats to gain control of the House—and they’re likely to gain a modest majority there, predict UBS and other political handicappers. The Senate, however, will likely remain in Republican control. Just nine GOP seats are up for grabs, compared with 26 for Democrats and left-leaning Independents.

In that divided-Congress scenario, to which UBS assigns the highest probability (60%), expect some gridlock when it comes to passing legislation but continued deregulation by means of executive action, as well as further use of tariffs to pressure trading partners. Democratic control of key House committees means the potential launch of investigations against the Trump administration that could roil markets from time to time. The bigger risk for investors is if mild gridlock turns into extreme gridlock. The current government spending agreement expires in September 2019, and Congress will need to act to avoid a repeat of the fiscal-cliff stalemate that sent Standard & Poor’s 500-stock index tumbling 18% in 2011.

What is likely off the table with a Democratic House and Republican Senate is tax reform 2.0, which would make certain provisions of the 2017 tax law permanent, locking in individual and small business tax cuts. Social Security and Medicare reforms, which might have helped offset the effect of the tax cuts, are also likely off the table.

There are a couple of areas of likely agreement or at least compromise between the parties, UBS says. One is spending for infrastructure, which would benefit industrial firms. The other is drug price controls, which could pressure pharmaceutical stocks. A united Congress under a president of the same party is the best outcome for stocks historically. But even following elections in which majority rule changes in Congress, the market tends to do just fine, according to research firm CFRA.

In those instances, going back to 1946, the S&P 500 has gained an average of nearly 6% in the final quarter of a midterm election year and 13% in the year following the election.

Whatever you do, don’t let a fixation on politics distract you from matters more important to the market, such as the pace of earnings and economic growth, say strategists at Morgan Stanley. In a midterm election analysis, they write: “We think investors will fare better focusing on fundamentals and the Fed instead of the ballot box.”

President Trump issued an executive order to suspend the collection of Social Security payroll taxes. How much could it save you?
When Are 2020 Estimated Tax Payments Due?

If you're self-employed or don't have taxes withheld from other sources of taxable income, it's up to you to periodically pay the IRS by making estima…
Skip to ContentSkip to Footer