Are You Losing Big Tax Savings on Your Charitable Bequests?

Don't wait for death to give money to charity. Set up a charitable remainder trust now and get a tax deduction. 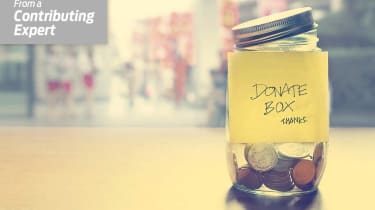 I was sitting with a new client the other day, reviewing a summary of his current estate plan, and I noticed that he had several substantial bequests to charities in his will. So, I asked him why he was leaving the money to charity at his death.

This surprised him. "What do you mean?" he replied.

"Wouldn't it be much more fun to see the charity use the money during your lifetime when you could experience the gratification from that?" I asked. "Also, if you give the money now you could receive a big income tax deduction. Why leave the money from that on the table?"

Sounded good to him. But he still was concerned the approach might leave him short of what he needs to live on.

So I suggested that he transfer the money that he was planning to leave to charity at his death to a charitable remainder trust now. He asked, "How does that work?"

The value of using a CRAT is that he would know the amount of the income each year. Whereas with a CRUT, he would have the opportunity for the income to grow if the assets of the trust experience growth in excess of his payment.

Alternatively, with a CRUT, the income is a percentage of the value of the account each year. So, if the account goes down, his income the following year would be adjusted accordingly by the normal operation of the trust. So, the income would not deplete the trust, although it could get very small eventually with constant underperformance.

He could also get a sizable income tax deduction upon setting up the trust. The deduction can be spread over six years if his income is not high enough to use the deduction in one year. That is extra money that he may enjoy today.

Also, he can be the trustee of the trust, so he can still control how his money is invested.

If he designates a charity as the irrevocable beneficiary and informs the charity today, he would become a major donor of the charity and be invited to all of their events. This would be good for him and the charity since he would naturally become more emotionally involved with the charity and, likely, would give his time and money to the charity in other ways.

He said to me, "I'm just not sure I'm comfortable giving up access to the money during my lifetime."

I said, "If you lost 80% of your wealth due to a financial calamity, would you spend the other 20%, or would you protect it and invest it to provide you income?"

No brainer. "Of course I would conserve it to provide an income. Otherwise I'd be broke!" he said.

My reply: "That's the money I'm talking about. The part of your estate that you're never going to spend anyway, and it will always be available to produce income."

He decided to put 10% of his investment portfolio into a charitable remainder unitrust and dedicate it to his favorite charity, with whom he now has a very close relationship. He said it's one of the most rewarding things he has ever done.

Bruce Udell has more than 40 years of experience in the financial industry. He designs solutions for wealth accumulation and enjoyment for high net worth individuals.

Disclosure: Charitable remainder trusts can be complicated. This article is for informational purposes only. The example presented is applicable to the individuals depicted and may not be representative of the experience of others. You should seek the advice of a tax professional before implementing a gift of this type.

Bruce S. Udell has more than 40 years' experience in the financial industry. He designs solutions for wealth accumulation and enjoyment for high net worth individuals. Bruce is sought-after for his easy-to-understand approach and his special talent in creative estate planning. He is the inventor of The Wealth Enjoyment System®, an innovative approach to estate planning.

Federal estate taxes are no longer a problem for all but the extremely wealthy, but several states have their own estate taxes and inheritance taxes t…
How to Help Your Family Wealth Last for Generations

As for giving away your money while you’re still alive to see it go to the ones you love, there are pros and cons to think about. But when it comes to…