What to Buy at RadioShack While Supplies Last

You can still find some great deals at the bankrupt retailer. Plus: Best ways to redeem RadioShack gift cards before they expire. 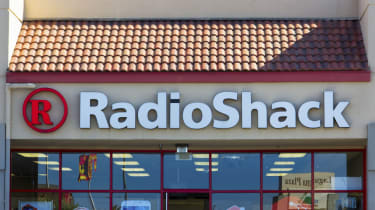 Considering that RadioShack declared bankruptcy a month ago, the message on the retailer's Web site might seem a bit perplexing. It reads, “We are open for business! Check out our exclusive Web deals.” Our advice: Capitalize on the confusion. While the 94-year-old electronics chain did indeed file for Chapter 11 protection on February 5, many of its approximately 4,000 company-owned stores, as well as RadioShack.com, remain in operation – at least for now. The ultimate fate of RadioShack is up in the air, so take advantage of bargains before locations are shuttered or sold off.

Deep discounts can be found online and in stores, but if you plan to pay with a RadioShack gift card you need to act quickly. The retailer will stop honoring its gift cards after March 31 (the deadline was extended from March 6). Shelley Hunter of GiftCards.com says holders of gift cards are catching a break since it's not unusual for stores to stop accepting gift cards immediately after declaring bankruptcy. Hunter says consumers still are in possession of about $44 million worth of the retailer’s gift cards.

If you have a gift card you need to use or just want to take advantage of deeply discounted prices, these items should offer some of the best values at RadioShack, according to Louis Ramirez, senior editor of bargain-shopping site DealNews.com:

Smartphones. Over the past year, RadioShack has had some great deals on smartphones, says Ramirez. You might not see many markdowns on the newest models of phones, such as the iPhone 6, but Ramirez says you should see discounts on models such as the iPhone 5c and the LG Volt 4G.

Media streaming devices. Ramirez says that RadioShack has had some great deals in the past on Amazon Fire TV and Roku Streaming Sticks, which let you stream movies, TV shows and more to your television. So he expects these items to be discounted as RadioShack clears out inventory.

Hobby accessories. RadioShack has always been a go-to shop for hobbyists, so it's no surprise that it has offered great prices on an array of accessories, Ramirez says. Among the most-discounted accessories at RadioShack have been emergency weather alert radios, which the store sells for as little as $10, he says.

If the items above don’t appeal to you or you don’t need a new tech gadget for yourself, here are several creative ways you can use your RadioShack gift card by March 31.

Stock up on everyday items. Hunter recommends using your gift card to buy items you know you’re going to need, such as batteries or phone chargers.

Purchase gifts. RadioShack sells gaming systems, video games and a variety of electronic toys. So if you have kids who like these items, use your gift card to buy them for upcoming birthdays or holidays.

Get broken gadgets repaired. Some RadioShack retail locations offer on-site repair services for Apple and Samsung mobile devices. So if your smartphone or tablet has a cracked screen, broken charging port or other issue, Hunter suggests using a RadioShack gift card to get it fixed at a store.

Buy items to donate. Hunter says that you can put your gift card to good use by buying items to donate, such as computer keyboards for kids' school or supplies for your place or worship. You can claim a tax deduction if you donate items to an eligible nonprofit.

Buy items to sell. Under normal circumstances, you could sell unwanted gift cards for cash at Web sites such as GiftCards.com, CardCash or Cardpool – but these aren't normal circumstances. None of the sites is accepting RadioShack gift cards due to the bankruptcy filing and imminent expiration. So if you want cash for your card, Hunter recommends using it to buy something at RadioShack, then turn around and sell that item on eBay or Craigslist.

Final note: Don’t toss your unused gift card. If you don’t redeem your gift card before the March 6 deadline, don’t throw it away. You might be able to get your money back if you file a claim with RadioShack, Hunter says. You’ll likely need proof that you have a gift card, so that’s why you should hang on to it. There’s also a chance that gift cards will be honored by any RadioShack stores that continue to operate under new ownership. It's possible too that other retailers will offer discounts to holders of RadioShack gift cards. When Sharper Image declared bankruptcy, for example, Brookstone let consumers turn in Sharper Image gift cards for 25% discounts, Hunter says.

Here are 12 ways to prepare now for retirement so that you’ll be happy, active, fulfilled and never, ever bored.
Why Are Roth Conversions So Trendy Right Now? The Case FOR and AGAINST Them