Seven Reasons Your Gift Will Be Returned

Don't waste money this holiday season on items that people will want to take back or toss. 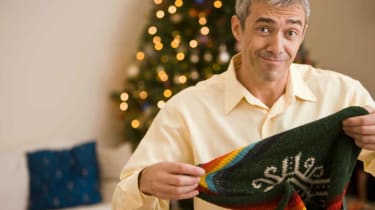 Chances are you’ll strike out with at least one gift you give this holiday season. Despite your good intentions, the recipient won’t like it and will want to take it back to the store.

A 2013 National Retail Federation survey found that about 35% of consumers returned at least one holiday gift. On average, though, those who returned gifts took back four unwanted items for an exchange or refund. Those numbers don’t even reflect how many people received gifts they didn’t like but weren’t able to return – or simply didn’t bother to take back.

To help you avoid spending money on items that won’t be appreciated, we’ve pinpointed seven big reasons your gifts are likely to be returned, re-gifted, or shoved in the back of a closet. So as you do your holiday shopping, ask yourself whether you’re buying something that fits one of these descriptions. Even if you are certain that you've selected the perfect present, you still should include a gift receipt … just in case.

1. It’s the wrong size or style. You’ll likely run into this problem if you give apparel as a gift. “Buying clothing for someone is always going to be somewhat of a gamble,” says Jeanette Pavini, a consumer and savings expert for Coupons.com. Unless you know the size, color and specific article of clothing a person wants, you should avoid this sort of gift. A better alternative is to give a gift card to the person’s favorite retailer (if you know for certain what it is) or a Visa, MasterCard, Discover or American Express gift card that can be used anywhere those credit cards are accepted.

2. It’s not the recipient’s taste. When buying gifts, we often default to our own taste, which might not be shared by the recipient, says Kendal Perez, a money-saving expert who blogs for Hassle-Free Savings. Home décor is one type of gift, in particular, that we rely heavily on our own taste to buy, she says. So that modern vase you love might very well be returned if you give it to a friend with traditional tastes. Fragrance, jewelry, music and books also should be avoided unless the recipient has asked for one of these items.

3. It’s useless. Want to give a gift that’s guaranteed to be returned, re-gifted or tossed? Give something that can’t be used. Kitchen gadgets often fall into this category of gifts, says Perez, who once received such a kitchen gadget that for the life of her she couldn't figure out what it was supposed to do. Rather than give something that seems novel, such as a banana slicer or bacon press, Perez recommends giving a kitchen staple, such as a quality knife or cutting board.

4. It offends rather than inspires. Gifts that are meant to motivate people to improve their lives -- exercise videos, grooming items, self-help books and so on -- can often be misconstrued. Julia Scott, founder of money-saving blog BargainBabe.com, learned this lesson the hard way. One of her sisters had mentioned that she wanted to get in shape and compete in a triathlon. To inspire her, Scott gave her a book titled, “Slow Fat Triathlete.” It was one of the worst gifts she’s ever given, she now acknowledges.

5. It’s age-inappropriate. When giving gifts to children, make sure you check the suggested age range on the packaging, Perez says. The last thing you want to do is give a gift with small parts that could be choking hazards for infants and toddlers. Nor do you want to give something that an older kid would perceive as babyish. Ask parents for gift suggestions to make sure you get something that is age-appropriate.

6. It’s an attempt at humor. A gag gift that’s meant to be funny could end up making the recipient feel like he or she is the butt of a joke, Scott says. If you know the recipient likes a good laugh, consider a humorous card that holds a gift of cash, instead. Just be sure that the card is tasteful enough to be read aloud if the person feels like sharing.

7. It’s a gift you want. It’s easy to think that what you want is universally desired, Scott says, but it’s simply not true. Unless you are secretly hoping that the recipient will give that gift back to you next year, take the time to find out what he or she really wants. You might ruin the surprise by asking, but at least you’ll know your money was well spent on a gift that won’t be returned.