Best and Worst Buys of November 2014 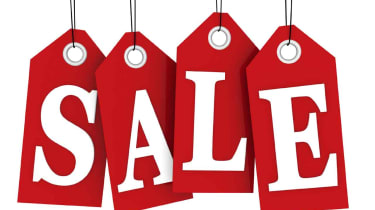 You can find the best prices of the year on a variety of products this month. To get many of the rock-bottom bargains in November, though, you'll have to get online or head to the stores on Thanksgiving or Black Friday (the day after Thanksgiving). However, many retailers already have started marking down items, so keep your eye out for sales on specific items throughout the month.

Candy. Retailers will mark down Halloween candy that didn't sell in October to make room on the shelves for Christmas treats. Look for discounts of as much as 75%, says Offers.com Vice President Howard Schaffer.

Cookware. Retailers mark down pots, pans and kitchen accessories just in time for the holiday cooking season. According to DealNews.com, there are more cookware deals in November than in any other month. You can find discounts of up to 70%, Schaffer says.

Fall apparel. Look for online coupon codes in the weeks leading up to Black Friday to get discounts on top of already marked down fall clothing. See Best Ways to Get Online Coupon Codes for the top sources and times for finding discount codes to save money on online purchases.

Frozen turkeys. Some grocery stores give away turkeys or offer a lower price per pound to customers who spend a minimum amount on other items -- typically $200 to $400 a month, according to CreditDonkey.com. So check if your grocer will be running a promotion like this, and find out whether you need to hang on to your receipts.

Televisions. Retailers often use televisions as Thanksgiving or Black Friday doorbuster deals -- items that are deeply discounted and in limited quantities -- to lure people into stores. This year expect to find 42-inch HDTVs on sale for as low as $178 during doorbuster events and 60-inch HDTVs for as little as $420, according to DealNews.com. However, the deals will be on lower-end models. For savings on brand-name big-screen TVs, wait until sales in January ahead of the Super Bowl.

Toys. Typically, the best deals on toys appear in December. But DealNews.com expects to see a large number of deals this month, especially on Black Friday when discounts may reach up to 85%. Amazon.com and Walmart.com already have started marking down several toys during lightning-sale events (discounts that are available only for a day on a limited supply of items).

Wedding dresses. Bridal stores stock up on new dresses in the fall months to prepare for the large number of couples who get engaged in December, Schaffer says. December is the most popular month to get engaged, with 16% of couples doing so then, according to wedding Web site TheKnot.com. So shops lower the prices on their current inventory to clear the racks for new dresses. Brides-to-be can shop without the crowds and take advantage of discounts of up to 75% in November, Schaffer says.

Wait a little longer to buy ...

Holiday decorations. If you already have enough ornaments, lights, tinsel and other seasonal decor on hand to deck your halls this Christmas, you can score some great deals on holiday decorations for next Christmas if you wait until after December 25 to shop. By then you will see discounts up to 50%, according CreditDonkey.com.

Jewelry. Because jewelry is such a big seller over the holidays, no matter the price, you won't find deals this month, Schaffer says. Hold out until March, after Christmas and Valentine's Day have passed, to get better bargains.

Winter apparel. The temperatures are just starting to drop, but you won't see deep discounts on outerwear until well into winter. Schaffer says you'll discover the best prices on coats and more in late December and January.