8 Worst Things to Buy New for Your Kids

Don't pay top dollar for these items that your children will quickly outgrow, break or lose. 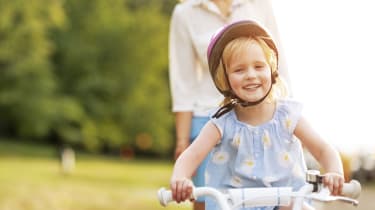 Kids cost a lot to raise – about $245,000 for food, housing, child care, education and other expenses for the first 18 years of a child’s life, according to figures from the U.S. Department of Agriculture.

If you’re a parent, it’s understandable that you want to give your children the best. But considering how expensive it is just to provide them with the essentials, it makes financial sense to look for ways to cut costs on discretionary items – the things your kids want but don’t need. One easy way to do this is to buy used rather than new.

Here are eight things, in particular, you shouldn’t buy new because you’ll usually pay at least 50% less if you purchase them pre-owned. Plus, kids will quickly outgrow many of these items, so it doesn’t serve your bottom line to spend top dollar on something they’ll use for only a short period of time. Some of these things also easily can be broken or lost – giving you yet another reason not to pay full retail price for them.

Bicycles. Even tricycles aren’t cheap. A brand-new Radio Flyer trike runs about $50 at Walmart. The price only goes up from there as kids grow and graduate to bigger bikes. Because children quickly outgrow bicycles, you can save a lot by buying ones that are used (and often with little wear and tear because the previous owners quickly outgrew them). Bonnie Ochs, a mother of two boys, says she has bought all of their bikes through online classified site Craigslist.org. Most recently, she saved $330 by buying two used Raleigh Mountain Scout mountain bikes, which retail for about $330 apiece new, on Craigslist. When looking for used bikes, also check your local paper’s classifieds section and bicycle shops (some sell used in addition to new).

Cell phones. Nearly 70% of parents recently surveyed by Gazelle, a Web site that buys and sells used smartphones, tablets and other devices, said a child in their household has broken or lost at least one phone. So you have to ask yourself whether it’s worth it to pay a lot for a new phone that will likely disappear or get damaged. On Gazelle.com you can buy certified pre-owned phones that have gone through a 30-point inspection for an average of 40% less than new models, according to a Gazelle spokesperson. The other benefit of buying a pre-owned phone is that you won’t have to commit to a two-year contract with a carrier (which carriers usually require to get discount pricing on a new phone). You can also find refurbished phones on sites such as Glyde.com and Overstock.com.

Clothing. Older children might balk at the idea of wearing something that once belonged to someone else, but little kids won’t know the difference. I’ve saved 75% and up buying gently worn baby and toddler clothes at large consignment sales hosted by local churches and at consignment stores. Designer clothing for special occasions is an especially smart thing to buy used because it doesn’t make sense to pay a lot for a nice outfit that will only be worn a few times. Online consignment retailer thredUP sells more than 4,000 children’s brands in like-new condition for an average of 65% off the original retail price. If you have older kids who are brand-conscious, secondhand shopping is a way to make those items affordable.

Computers and tablets. Your kids might want the latest and greatest tech gadgets, but you can save a lot by purchasing refurbished computers and tablets that are restored to like-new condition and usually have a one-year warranty. For example, you can buy a refurbished HP 13-inch touch-screen laptop for $380 at BestBuy.com – $170 less than a new model with the same specifications. Among the other sites where you can find refurbished computers, tablets and other products are Apple, Dell, Newegg, TigerDirect and Walmart.

Musical instruments. Don’t rush out to the music store the day your child decides he wants to take violin lessons or start playing the guitar. His interest might fade as quickly as his fingers start hurting from holding down the strings on his new instrument, which ends up in the back of a closet collecting dust. Search for used instruments in your local newspaper’s classifieds or on Craigslist, or ask about rental programs at your local music store.

Sports equipment. Like music lessons, sports can lose their appeal after a few tough practices. Even if your child does commit, she’ll likely outgrow her gear each year. For both of these reasons, it's preferable to save money buying used sports equipment rather than new. Francie Spahn, another mother of two boys, says she has saved at least 50% on boxing, lacrosse and horseback riding equipment (except helmets, which she buys new) bought at resale stores such as Play It Again Sports. Some recreational sports leagues also have trade-in days that allow parents to swap out their kids’ equipment at no cost.

Swing sets. High-quality wooden swing sets can cost several thousand dollars, and even simple models can cost several hundred dollars new. That’s a lot to pay for something your kids will quickly outgrow. Find used swing sets for half the original price via newspaper and online classified ads. You might also see sets offered for sale through neighborhood listservs.

Train sets, kitchen sets and other large toys. That Pottery Barn Kids pink mini-refrigerator and stove would look darling in your daughter’s room. And surely your kids would love their very own Thomas & Friends wooden railway and train table. If you buy these items new, expect to shell out several hundred dollars. Or you could head to the consignment store or visit eBay to pay a lot less for similar pre-owned items or other large toys that might only hold your child’s attention for a few years – or maybe even just a few months. For example, we found a Pottery Barn Kids kitchen set on eBay for a quarter of the price of a new set.

Storing your passport book or card, a spare key, or any of these other important items in your wallet leaves you open to identity theft -- or worse.
The Ultimate Guide to Amazon Prime Day 2020: When It Starts, the Best and Worst Deals, Competing Events, More

We offer up several ways to get the most bang for your buck whether investing in yourself or others.