The Art of the E-Deal

How buyers and sellers can score in the online marketplace.

You're desperate to find a baseball card featuring Oscar Dugey, who played for the Boston Braves in 1914. Your son is equally eager to get rid of last year's 5-pound chemistry textbook. And you wouldn't mind unloading your sagging Barcalounger if you could replace it with a nice leather sectional.

Time to get clicking, e-traders, and don't just stop at eBay, the online-auction behemoth. Other online shopping marts not only get you in on the auction action, but they also offer alternative ways to buy and sell your stuff. You can engage in a bidding war, trade at a fixed price, find and post deals through online classifieds, or use megasites such as Amazon.com to set up your own shop.

You can even compete with the paddle-wavers at on-site auctions. About 15% of auction professionals -- including auction house Skinner, in Boston -- use online venues to attract extra bidders to sales, says Bill Sheridan, of the National Auctioneers Association. "Technology has enhanced the auction industry, not hurt it," he says.

How to begin the bazaar? You'd be silly to start anywhere but eBay, the Web site that took the flea-market mentality global 12 years ago. With 6.6 million new listings a day, eBay offers buyers a chance to grab everything plus the kitchen sink (2,155 entries at last count) and gives even casual sellers the opportunity to peddle their wares worldwide. "It's very difficult to ignore eBay on either side of the equation," says Heather Dougherty, of Nielsen/NetRatings.

From there, branch out to sites that specialize. For instance, www.etsy.com is a meeting place for buyers and sellers of handmade goods -- "a much smaller population than eBay," says Debra Schepp, who wrote eBay PowerSeller Million Dollar Ideas (McGraw-Hill, $25) with her husband, Brad Schepp. AbeBooks.com showcases rare and out-of-print editions along with new and used books. "People who are looking for antiquarian books are likely to look there," says Brad.

With all the choices, regular sellers often set up shop at more than one location -- say, at eBay, a specialty site and their own Web store -- and troll other sites to pick up inventory. That same tchotchke churning applies to buyers. A ceramic vase might start out at a yard sale, be traded at an online auction, find its way to a classified-ad site, such as Craigslist, and end up in somebody's attic -- to start all over in the next treasure hunt.

The four forums described here will give you a feel for the online marketplace. Quoted fees, including listing and closing costs, are paid by the seller. Also, check out our tip sheets to learn how to sell with success and buy with confidence. 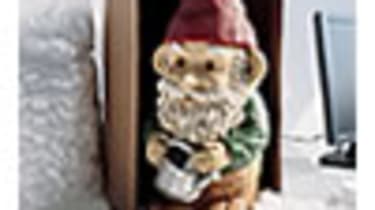 Once mostly a way station for Beanie Babies, eBay now conducts auctions on everything from carats to cars to castles. The site's easy-to-use format encourages newbies on both sides of the deal. Although sellers complain about high listing fees, few can afford to bypass a venue where $1,800 in goods changes hands every second. "EBay offers what no other site does -- sheer volume," says Debra Schepp.

If you don't want to dicker, you can opt for the "Buy It Now" feature. Fixed-price transactions constitute 40% of the gross value of items sold on eBay, says Catherine England, a company spokeswoman. EBay Express lets you search just the "Buy It Now" items, and Half.com, part of the eBay empire, offers books and other media items at fixed, discounted prices.

Such features make for convenience but hardly evoke eBay's auction excitement. England says eBay hopes to redirect people to its auctions. "Ten years ago, what made eBay fun was the thrill of winning an item," she says. 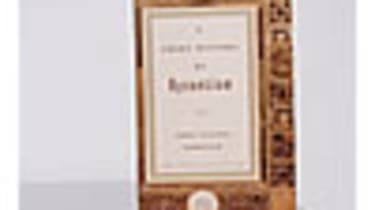 Listing fees: NoneClosing fees: 99 cents plus 6% to 15% of the sale price (depending on the category)Maximum fee on a $40 sale: $7Buyer protection: Reimbursement up to $2,500 through Amazon's A-Z Guarantee

No longer just a bookstore, Amazon's shopping mall lets buyers survey the universe of new and used goods, and gives sellers -- from individuals to retailers such as Target -- the inside track with 64 million active shoppers. The site includes an auction but promotes the Amazon Marketplace, where third-party sellers account for one of every four products sold on the site.

Say you want to unload a copy of Heat, by Bill Buford. You search the title on Amazon, click on "Sell Your Stuff," find your own edition, describe its condition, and set your price and shipping terms. A few clicks later your book becomes one of the "used and new" copies of Heat being sold on the site, taking its place alongside a "used, like-new" version for $12.49 and a signed copy for $115.

One problem: With so many Amazon sellers, listings for last year's bestsellers can add up. Focus on less-common editions, such as textbooks, says Brad Schepp, who lists his own kids' textbooks at the beginning of each semester and gets up to $100 for a book in decent condition. 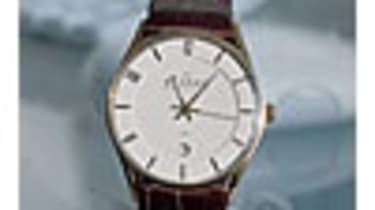 This retailer sells liquidated goods at fixed, discounted prices and offers an auction format similar to eBay's. It competes with eBay by charging lower seller fees and making a virtue of its small, friendly atmosphere. "We're a pretty tightknit community," says Jared Matkin, a company spokesman.

Unlike eBay, Overstock precludes sniping, the practice by which a would-be buyer outguns the competition in a last-minute bid. Instead, Overstock's auctions remain open until ten minutes have passed without any activity, so you can bid to your heart's content. Overstock also lets you buy on impulse with its "Make It Mine" option.

Alas, going up against the eBay gorilla isn't easy: Last year, Overstock posted minuscule sell-through rates (successfully closed auctions). It recently tweaked its fee structure to persuade sellers to be more strategic about which items they sell at auction and how they set starting bids. The company says business has picked up accordingly.

If eBay represented the first free-spirited online marketplace, the karma has since shifted to Craigslist, the classified-ads site (in which eBay owns a 25% share) that connects local buyers and sellers in 450 cities around the world. Founded in 1995 by Craig Newmark, Craigslist has become a major player in the want-ads world: It posts more than 15 million new, mostly free classifieds a month and draws 15 million monthly viewers.

Not surprisingly, you'll find plenty of used bookcases, bureaus and bunk beds on Craigslist; you can also search its ads for a job, an apartment, a roommate or a date. If you find yourself in Egypt and in need of transportation, a seller in Alexandria has just the thing: a fishing boat with two fish tanks and a trailer, for EGP 75,000 (about $13,000).

Because most deals are local, Craigslist allows buyers and sellers to avoid the hassle and expense of shipping, so it's the best site for trading cumbersome items, such as breakfronts and couches. The face-to-face factor has another advantage: If the buyer looks sketchy or the seller's furniture feels wobbly, you can always walk away from the deal.

Next: Learn how to Sell With Success and Buy With Confidence