3 Reasons You Wish a Wegmans Would Open Near You

The supermarket chain has a loyal following but locations are scarce. 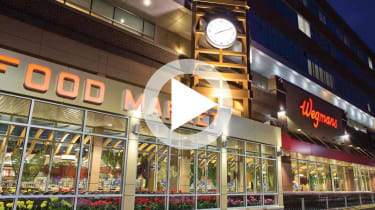 Here are three reasons you wish a store would open near you.

One, the selection is unbeatable. Wegmans stocks nearly twice as many items as a typical supermarket—including over 300 types of cheese. It’s also known for prepared foods, ranging from subs to sushi.

Two, it’s a great place for a date. Really. Wegmans is rolling out full-service bars and restaurant either within its stores or right next door. Some even take reservations.

Check out five more things you need to know about Wegmans.

Circumstances beyond its control have forced Amazon to move its annual Christmas-in-July Amazon Prime Day blowout sale in 2020 to ... later. Prime Da…
A Step-by-Step Guide to Being an Estate Executor

Whether you’re planning ahead for your own heirs or have been asked to serve as an executor of an estate for someone else, it pays to understand what …
18 Things You Can't Return to Amazon

Before tossing these items into your virtual shopping cart, be sure to read Amazon's return policy first.
How to Finance Home Schooling Your Children