Your adult children may be depleting your nest egg -- and it's probably your own fault. 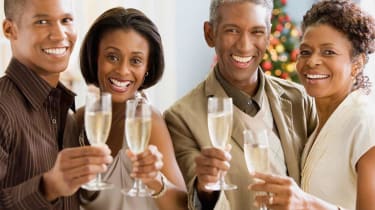 Are your kids putting your retirement at risk?

Nearly 80% of parents give their adult children some form of financial support, Merrill Lynch found, whether it’s footing everyday bills such as cell-phone service or helping with mortgage payments and other big-ticket items. A “stunning number” are willing to make major financial sacrifices for their adult kids, such as yanking money out of their retirement accounts, says Lisa Margeson, head of retirement client experience at Bank of America. One in four said they’d take on debt to support their kids, Merrill found.

Financial advisers say they’re battling to protect clients’ retirement savings from adult kids. “Most of my clients are helping adult children in one way or another,” says Lynn Ballou, senior vice president and partner at EP Wealth Advisors, in Lafayette, Calif. In the best cases, she says, parents can afford it, and the assistance helps the kids move toward financial independence. But in the worst cases, the financial help is just enabling the kids to live beyond their means and depleting the parents’ nest egg.

Parents’ support of adult children has grown amid rising education costs and weak wage growth. Last year, Nick Kovach helped his older adult daughter, who had been paying down student loans, with a down payment on a house, and he plans to do the same for his younger daughter. “Neither kid asked for help,” says Kovach, 62, a retired oncologist in Olympia, Wash. But “our motto has always been that we had their backs so long as they are moving forward.” While he’s reasonably confident that he’s not jeopardizing his retirement security, Kovach says, “who the heck knows what tomorrow brings?” If markets head south or he makes some poor investment decisions, he says, “we could be in a world of hurt.”

How do you know when your financial support of an adult child has gone too far? One red flag is when “parents can’t see the end” of these expenditures, says Jim Ciprich, an adviser at RegentAtlantic, in Morristown, N.J.—in other words, your support isn’t putting the kids on a path to independence. And if you find yourself significantly altering your lifestyle or pulling money from your retirement accounts, it’s time to start examining your level of support, advisers say.

First, start talking. If you want to help your children, ask how you can be supportive without discouraging their independence, advisers say. Writing a check may not be the answer. Maybe you could help look after the grandkids in the evening, for example, so that your child can work a second job, Ballou says.

If you do provide financial support, set limits. Make it clear that you have a budget and you’re sticking to it. If you have multiple children, Ciprich says, just be aware that the assistance you provide one child may set expectations among the others.

If you’re having trouble closing the bank of mom and dad, consider involving a mediator. In a family meeting, for example, a financial adviser can do the math for your children and say, “see how everybody runs out of money at age 80? This has to stop,” Ballou says. That way, she says, “there’s no finger-pointing, no ‘hey, you don’t love me anymore.’ ”

And if all else fails, you can send a not-so-subtle message. One client, Ballou says, sold her four-bedroom home to make her kids move out. “She moved into a two-bedroom condo, told them the date the house would close, and said, ‘See ya.’ ”