How Much Can You Contribute to the Thrift Savings Plan for 2019?

Federal workers and military personnel can save up to $19,000 in TSP retirement accounts for 2019. Some savers can make additional catch-up contributions. 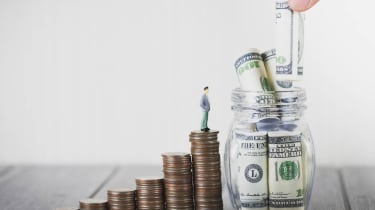 Employees of the federal government and members of the military can save hundreds of dollars more for retirement this year thanks to an increase in the contribution limits for the Thrift Savings Plan.

Active military members who are deployed in combat zones and receive tax-free income can salt away even more – up to $56,000 in the TSP in 2019.

Similar to a traditional 401(k) retirement savings plan, pretax contributions to a TSP account lower your taxable income, while contributions and earnings grow tax-sheltered until you withdraw them. Your withdrawals will be taxed as ordinary income. Note, however, that if you pull money out before age 59 1/2, you face a 10% early withdrawal penalty on top of taxes.

Another TSP option: You can make after-tax Roth contributions, which don't give you a tax break now but the money can be withdrawn tax-free in retirement. For the earnings in your contributions to be tax-free, you must have contributed to the Roth for at least five years and be at least age 59 1/2.

The sheer size of the government retirement plan allows it to charge super-low fees. The cost of administering the TSP in 2018 was a mere 0.04% – or 40 cents for every $1,000 invested.

The Thrift Savings Plan has six investment options, including the lifecycle fund series introduced in 2005. The G fund invests in government securities; the F fund is composed of bonds; the C fund holds large-company stocks; the S fund invests in small-company stocks; and the I fund invests internationally. The lifecycle funds (L funds) are similar to target-date funds in traditional 401(k) accounts. They invest in the other five funds but gradually become more conservative as employees approach retirement.

If you can withstand some ups and downs and your retirement is far off, you could invest more in the C fund, which tracks Standard & Poor’s 500 stock index. Or if you’re looking for a more set-it-and-forget-it approach, the lifecycle fund with the name closest to the year you expect to retire could be the best option.

A Big Change to Military Pensions

Many service members who joined the military between 2006 and 2017 had a critical pension decision to make at the end of 2018. They could’ve chosen to stick with their old retirement system, which after 20 years of service would entitle them to a pension worth half their base pay. Or they could’ve taken a smaller pension – worth 40% of base pay if they stay for 20 years – and receive a government match of up to 5% in their TSP accounts. Those joining the military in 2018 were automatically enrolled in the blended retirement system, which is more beneficial for those who don’t plan to stay in the military for at least 20 years.

“The Thrift Savings Plan is a big key to start out on the right foot financially,” says Josh Andrews, a certified financial planner who is director of military advice for USAA (and a former Air Force pilot). “It’s low-cost and easy to set up.”

Andrews suggests that military members put 10% of their basic pay into their Thrift Savings Plan accounts. If that’s not feasible, he says to start small and gradually increase contributions, particularly after pay raises.

Don’t forget that the Thrift Savings Plan is a supplement to any government pension you may receive and Social Security. The more you save now, the more you’ll have in retirement. To see how much you need to save in your Thrift Savings Plan – whether military or civilian – run the numbers through a TSP savings calculator.

Whether the damage to your savings was self-inflicted or unavoidable, we’ll help you revive your retirement plan.
Skip to ContentSkip to Footer