If you're older than 70½, the deadline for taking RMDs is New Year's Eve. Start the process now to beat the end-of-year rush—and to dodge the penalty for missing the deadline. 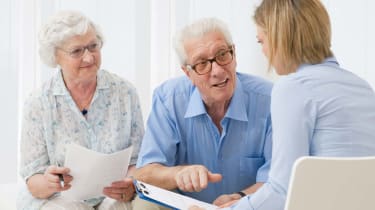 If you're older than 70½, you have until December 31 to take your required minimum distributions from your traditional IRAs and 401(k)s (you have until April 1 of the following year to take your first RMD). But many people wait until the last minute to take the required withdrawal: In early November, more than half of Fidelity's IRA customers had not yet taken their RMD for the year. If you don't take your required distribution by the deadline, you'll have to pay a 50% tax penalty for the amount you should have withdrawn. Here are answers to some questions to help you make sure you meet your deadline for IRA withdrawals, and some special rules for 401(k)s.

I know I have until December 31 to take my RMD, but when should I start initiating the process to give plenty of time for the RMD to be made?

It’s best to submit the request as soon as possible because call and request volume for financial service providers tend to be higher than usual at the end of the year, says Maura Cassidy, vice president of retirement for Fidelity Investments. Plus, if your transaction requires you to sell any holdings, that process can take time and can be delayed because the markets are closed during the holidays.

Which of the investments in my IRA will the RMD be withdrawn from?

I turned 70 in July 2016. Do I need to take an RMD from my traditional IRA this year or do I start next year?

Are the RMD rules different for 401(k)s than for traditional IRAs?

A little. If you’re no longer working, you’ll have to take your required distributions from your 401(k) starting at age 70½, just like you would for traditional IRAs. But if you’re still working, you generally can delay taking required distributions from your current employer’s 401(k) until after you stop working in that job (unless you own 5% or more of the company).

Also, the calculation is slightly different for 401(k)s than it is for IRAs. To calculate your RMD, you add up the balances in all of your traditional IRAs as of the end of the previous year and divide the sum by the IRS life-expectancy factor for your age. You can take the required withdrawal from any one or more of your traditional IRA accounts (there are different rules for IRAs when the sole beneficiary is a spouse who is more than 10 years younger than you; see IRS Publication 590-B for details). With 401(k)s, on the other hand, you must calculate the RMD for each account and withdraw the required amount separately from each account. Some 401(k) administrators may automatically send you your RMD if you haven’t taken it by a certain date. Ask your 401(k) administrator about the rules for your plan.