The Importance of Professional Financial Advice in Divorce

Pensions and 401(k)s can be tricky to divide during divorce proceedings. Seek expert help. 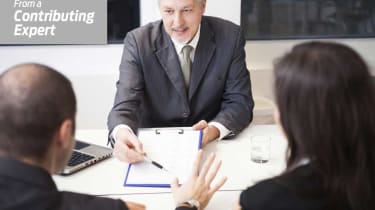 Jenni (names have been changed) came to our office for post-divorce financial planning. Jenni is 60, a former stay-at-home Mom and current yoga instructor with two grown children. She never had a professional career and spent much of her adult life with a series of low-paying part-time jobs. She is thinking about retiring now and wanted to know whether she would be able to make it through retirement without running out of assets.

Jenni traded her interests in her husband's 401(k) and kept the marital home, an IRA and half of a brokerage account. The lawyers agreed that the 401(k) should be discounted by 25% to take into account the fact that a 401(k) holds pretax assets.

That sounds entirely reasonable on the surface. But as a professional financial planner, I believe that it was a mistake for Jenni to agree to a 25% discount adjustment to the 401(k). After analyzing her finances, it became clear that Jenni would likely always be in a lower-than-25% federal tax bracket after retirement. Had she met a Divorce Financial Planner sooner, he or she would have likely advised against agreeing to a 25% discount to the value of the 401(k).

Jenni and Ron, her ex-husband, also agreed that she would get half of her marital interest in a defined-benefit pension from his job as a pediatrician with a large hospital. According to Ron, there was no value to the pension, and it was probably “not worth much anyway.” Neither lawyer disagreed.

Ah, but this underscores the importance of seeking the advice of the right professional to analyze financial issues!

After a little research I found that Jenni would end up receiving a little over $37,000 a year from Ron’s pension at his retirement, assuming he is still alive then. This is far from an insignificant sum for a retiree with a projected lifestyle requirement of less than $5,000 a month!

A defined-benefit pension such as this one does not have a straightforward value in the same way as an IRA. It does not come with a dollar balance on a statement. The pension is a promise by the employer to pay the employee a certain amount of money in retirement based on a specific formula. In order to get a value and for it to be fairly considered in the overall asset division, it needs to be valued by a professional.

In her case, Jenni was awarded 50% of the marital portion of the defined-benefit pension. Was it the best outcome for Jenni? It is hard to re-evaluate a case after the fact. However, had she and Ron known the value of the pension, they might have decided that a different division may have better served their respective interests. Jenni may have decided that she wanted more of the 401(k), and Ron may have decided that he wanted more of the pension. Or possibly Jenni may have considered taking a lump-sum buyout of her claim to Ron’s pension. In any case, they would have been able to make decisions with their eyes open, instead of taking the path of least resistance.

The news that her share in Ron's defined benefit pension had value was serendipity for Jenni. It turned out that the addition of the pension payments in her retirement profile substantially increased her chances to make it through retirement without running out of assets. But it is possible that an earlier understanding of the pension and other financial issues could have resulted in an even more favorable outcome for Jenni.

Chris Chen CFP® CDFA is the founder of Insight Financial Strategists LLC, a fee-only investment advisory firm in Waltham, Mass. He specializes in retirement planning and divorce financial planning for professionals and business owners. Chen is a member of the Financial Planning Association and the Massachusetts Council on Family Mediation. He is on the Board of Directors of the Association of Divorce Financial Planners.
Share via EmailShare on FacebookShare on TwitterShare on LinkedIn
Advertisement

From the mountains to the beaches, North Carolina and South Carolina offer retirees plenty of incentives.
Veterans with Children Get Second Chance for Extra $500 Stimulus Check 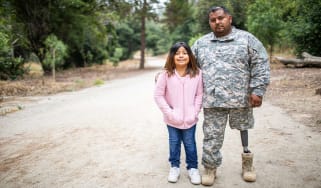 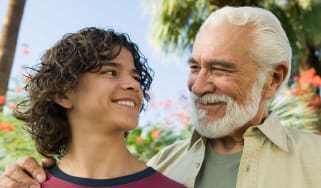 The IRS is reopening the registration period for seniors who didn't receive the additional payment for dependent children earlier this year.
An Advocate for End-of-Life Care 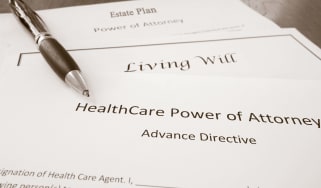