North Dakota ranked a surprising fourth in the nation on our list of best states for retirees, based on health- and finance-related factors. 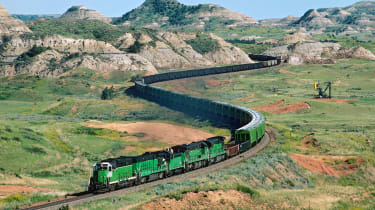 If the decision on where to retire came down to climate alone, we'd all live in Florida or Arizona. But there's more to retirement than sunshine and warm temperatures. Top of the list: Finding a place that fits your budget. We ranked all 50 states for retirement based on several financial factors, figuring that the best states for retirees will offer reasonable living costs and light tax burdens, as well as affordable health care options. We also favored states that are economically healthy and home to fit, active and relatively prosperous residents age 65 and over. After crunching all of the numbers, North Dakota ranked fourth on our list of the best states for retirement. Yes, we were surprised too. See for yourself why the Peace Garden State might appeal to the right retirees.

Cost of living: 1% above U.S. average

Cross the border from South Dakota, our #1 state for retirement, and you'll find many of the same benefits: North Dakota offers retirees affordable living costs and overall low taxes. Unfortunately, retirement income, including Social Security benefits, gets no tax break in the Peace Garden State. But income taxes are so low—ranging from 1.1% to 2.9%—that it's still considered tax friendly. Plus, the state ranks second-highest for fiscal soundness, indicating that the economic health is stable enough to sustain a friendly tax environment.