The Granite State is the only state in the Northeast to break into the top 10 states for retirement. 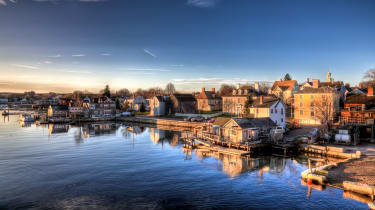 When you think retirement, you probably don't think about retiring to the Northeast. In that part of the U.S., winters can be cold, the cost of living can be steep, and taxes tend to be high. And yet, after analyzing all 50 states for retirement based on the financial factors most critical to retirees, New Hampshire managed to land a spot among the top 10 best states for retirees along with perennial warm-weather favorites such as Florida, Georgia and Hawaii. Read on to learn why the Granite State makes for an enticing retirement destination in the Northeast.

The Granite State's current tax situation gives retirees a solid advantage. Ranking among the 10 Most Tax-Friendly States for Retirees, it doesn't tax Social Security benefits or other retirement income or levy any sales tax. That savings helps balance out the above-average living costs and below-average household incomes. Another plus: New Hampshire ranks fifth in the U.S. for senior health, according to the United Health Foundation.

I’m looking forward to a time when lunches with the girls (or guys), volunteering and travel will resume.
It's ITIN Renewal Time!

Beat the rush and avoid refund delays by renewing your ITIN before the end of the year if it's about to expire.
9 States with No Income Tax

If you choose to live in these states, every penny you earn is safe from state income tax (although two of the states do tax some dividends and intere…
11 Year-End Moves to Lower Your 2020 Tax Bill