States Jump into the IRA Business

New retirement savings plans are aimed at workers without access to a 401(k). 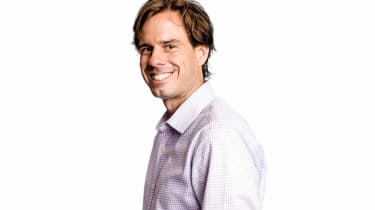 Geoffrey Sanzenbacher is a research economist at the Center for Retirement Research at Boston College.

States are starting to set up 401(k)-style retirement plans. Why? The majority of people save in a 401(k) or they don’t save at all. But only one-third of employers offer a plan, and only half of workers are covered by one. The idea of these state-sponsored plans is to overcome that hurdle.

How do the plans work? There are three broad alternatives. The first brings together private plans into a marketplace and allows small employers to pick a plan out of this portal without requiring that they do so. That’s in place in Washington State and New Jersey, and proposed in Utah and Indiana. In the second model, a state would set up an IRA managed by a private-sector provider but overseen by the state. Employers would be required to participate and to enroll employees automatically, although workers could opt out. As long as the role of employers is minimal, these plans are not covered by the federal law regulating retirement plans that employers establish voluntarily. California, Connecticut, Illinois and Oregon are all taking the auto-IRA approach. None of the plans is up and running yet. My guess is you’ll see money in them by year-end 2017. In the third approach, the state creates a prototype 401(k) in which employers can choose to enroll. Massachusetts did something like this for small nonprofits.

Isn’t giving up federal protections in the auto-IRA a big shortcoming? Only if states don’t do due diligence to make sure people’s money is protected—and I think states are doing that. We prefer the auto-IRA because it’s required and automatic. One of the biggest barriers to retirement saving is inaction. The auto-IRA overcomes that.

Are there other objections, such as too few investment choices? Investments would be limited, but there are reasons for that. States want investments to be simple, such as low-fee index or target-date funds. Complexity can scare people off, and it’s expensive. Some people don’t like that the auto-IRA doesn’t allow an employer match. That would trigger federal regulation, and a fear of overwhelming employers.

Are there alternatives? A federal auto-IRA has been proposed, but it isn’t off the ground. People can save through federal myRa accounts, but you have to take the initiative to enroll, and the maximum balance is only $15,000. People who want a lot of investment options would most likely open their own IRA; state plans are for people who may not want to make those choices.