10 Reasons Your Nest Egg Will Never Be Enough for Retirement

Retirement is the payoff at the end of a long career, the end game most workers are striving for.

Retirement is the payoff at the end of a long career, the end game most workers are striving for. But these days, with corporate pensions disappearing and life spans on the rise, you're likely to be on your own when it comes to building a nest egg that may have to last 30 years or more.

Will you ever save enough to retire comfortably? Most Americans aren’t so sure. Just one in five workers is very confident that he or she will have enough money for a comfortable retirement, according to the Employee Benefit Research Institute's 2016 Retirement Confidence Survey.

We talked with financial planners from the Financial Planning Association about the common problems that trip people up on the road to retirement. Here are 10 reasons you might never retire, as well as the steps you can take to avoid these roadblocks.

You're Not Saving in a Retirement Plan

When starting a new job, one of the first benefits to ask about is the company retirement plan, such as a 401(k), 403(b) for teachers and nurses, 457 plan for police officers and other local-government workers, or the Thrift Savings Plan for federal workers and military personnel. If your employer doesn’t have one -- or you just want to set aside more money -- you can save in an IRA. If you’re self-employed, you have retirement-plan options, too, such as the solo 401(k). Regardless of the route you take, saving in a retirement plan allows your money to grow free of tax and compound more quickly.

“One of the easiest ways to accumulate wealth is to always take advantage of tax-deductible and tax-deferred savings vehicles,” says Steve Doucette, a certified financial planner in Sherborn, Mass. But although 66% of employees for private employers have access to retirement plans, only 49% actually participated, according to the Bureau of Labor Statistics. Of those with no plan, 67% said their retirement savings totaled less than $1,000, according to the Employee Benefit Research Institute’s 2016 Retirement Confidence Survey.

You Are Neglecting the Company Match

Many employers will match a certain amount of your savings in the company retirement plan. If you don’t contribute -- or don’t contribute enough -- to the plan to earn the match, that’s additional compensation you’re throwing out the window. “It is a huge mistake if you do not find a way to take advantage of an employer retirement-plan match,” says Doucette.

A company match is one of the few free lunches around. Don’t let it go to waste.

You Didn't Start Saving Early in Your Career

Don’t overlook the role that time plays in compounding your savings. “One of the biggest mistakes people make when planning for retirement is underestimating the power of time,” says Michael Baker, a certified financial planner in Charlotte, N.C. Starting to save early, even with a smaller amount of money, can pay off. If, starting at age 22, you stash $2,500 every year in a Roth IRA earning an 8% annual return, at age 62 you would have $699,453. If you wait until 32 and save twice as much every year, at age 62 you would have $611,729 -- about $88,000 less.

Now, imagine how much bigger the difference would be if you were willing and able to increase that $2,500 annual stash from year to year. “You don’t invest your way to retirement security, you have to save your way,” says Daniel Galli, a certified financial planner in Norwell, Mass. “This requires starting early and increasing your savings each year.”

While you can’t change the past, there’s no time like the present to start saving.

You Used Your Nest Egg as a Piggy Bank

Taking a loan from a company retirement plan can be very costly. Sure, the interest you pay on the loan simply goes to yourself. But as Melissa Brennan, a certified financial planner in Dallas, says, the interest rate “is a much lower return than [you] would have earned in the market.” Plus, if you end up not paying the money back, your nest egg will suffer, and you’ll have to pay taxes and early-withdrawal penalties (unless you leave your job at age 55+) on the distribution.

To avoid tapping your nest egg, work on building up a separate emergency fund that can be tapped when an unexpected expense comes up. An emergency fund can also help keep you out of credit card debt. The less money that goes to debt, the more that can go to savings.

You Cashed Out When Switching Jobs

Even if you have just a small amount in a company retirement plan, cashing out when you switch jobs can be detrimental to your nest egg in the long run. “It’s as if the participant sees his account as ‘found money’ instead of seed money for retirement,” says Brennan. You’re giving up years of compounded tax-deferred growth, plus you have to pay tax and early-withdrawal penalties (if you’re younger than 55 in the year you leave your job) on the entire distribution now.

You're Not Saving Enough

These days, many employers will automatically enroll you in the company retirement plan at a default contribution rate (generally 3% of your pay). Some company plans offer “automatic escalation,” incrementally increasing your savings rate over time.

Most experts say that workers need to save up to 15% of their annual pay. The good news: That 15% includes any company match. So if your company matches 4.7% of pay, that’s only 10.3% a year that you have to pony up.

You Haven't Played Catch Up

Use the Financial Industry Regulatory Authority’s 401(k) Save the Max Calculator to find out how much you have to stash away per pay period to reach the maximum this year.

You Saved for Kids' College Instead of Your Retirement

You may want to put some money toward college savings, but don’t shortchange your own future. “Funding 100% of your child’s college education before funding your retirement” is a common mistake, says Jeff Nauta, a certified financial planner in Belmont, Mich.

To help cover the costs of college, consider whether your student might qualify for need-based financial aid or merit-based aid. Scholarships may help fill the gap, too. And consider college affordability: Use our College Finder tool to sort through our list of the best college values in the U.S. Our rankings factor in financial aid packages and give extra credit to schools that hold down student debt.

You Haven't Created a Retirement Budget

If you don’t know how much you might spend, it will be hard to know whether you have saved enough by the time you’re eager to stop working. When you finally crunch the numbers, you may discover a funding shortfall that requires you to work longer than you had hoped.

As you approach retirement, consider tracking your expenses for several months to a year in advance. Then factor in potential big-ticket items, such as a new roof or a long trip, that you want to cover. “Many clients are shocked to learn just how much they actually need to live on, and they have not planned well for it,” says Michael Lecours, a financial planner in West Hartford, Conn.

For many people, once they hit age 62 and become eligible for Social Security benefits, they take the money and run -- only to discover that it’s not enough to live on. After all, claiming at 62 means accepting 25% less in benefits for the rest of your life than if you waited until age 66. (For folks born in 1955 and later, the take-it-at-62 cut will be even deeper.) So it’s back to work to make up the difference.

But waiting until at least full retirement age -- that’s 66 for those born between 1943 and 1954 -- to claim Social Security gets you 100% of your benefit, and waiting until age 70 scores you an extra 32% a month, plus cost-of-living adjustments, for the extra four-year wait. Maximizing Social Security benefits can help stretch your nest egg to last your lifetime and can provide the foundation for you to retire -- and stay retired. 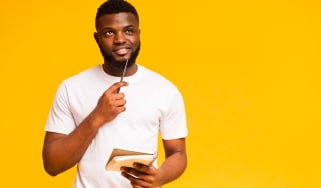 Once you run through this checklist, you’ll be in great shape for a prosperous and organized new year.
How to Handle an IRS Audit of Your Tax Return 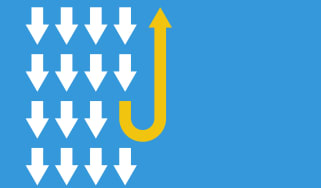 Seniors Beware: Your actions can increase the chances of the IRS giving your tax return a closer look.