The Roth 401(k) contribution limit increased by $500 for 2020. Workers 50 and older can save an extra amount for retirement. 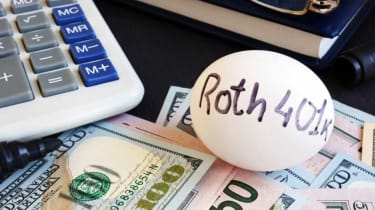 The Roth 401(k) first became available in 2006, and a majority of companies now offer it to employees, according to the Plan Sponsor Council of America. The Roth 401(k), as the name implies, combines features of the tax-friendly Roth IRA and the traditional 401(k).

As with a Roth IRA, you make after-tax contributions to a Roth 401(k). This won't lower your tax bill now, but it will provide you with income in retirement that is free from taxes. You can make withdrawals from a Roth 401(k) tax-free, and without incurring a 10% early-withdrawal penalty, once you've turned age 59 1/2 and have had the account open for at least five years. (If you retire after holding a Roth 401(k) for only two years, for example, the money must sit for three more years to be fully tax-free, even if you own an older Roth 401(k) account from a previous employer that meets the five-year test.)

Many employers match employees' 401(k) contributions up to a certain percentage of salary. Note that any employer contributions to a Roth 401(k) will be made pretax and will grow tax-deferred alongside your own Roth contributions. When you withdraw money, you will owe income tax on the employer match.

Melissa Brennan, a certified financial planner in Dallas, recommends that people save at least 15% of their income for retirement, including any employer match. If your employer contributes, say, 2%, then you would need to save an additional 13%.

"Every year, add another percentage point until the employee deferrals and the employer contributions reach a total of 15% of gross income," Brennan says. So if you're saving 3% now, bump that up to 4% next year, 5% the year after and so on.

Stuart Ritter, a certified financial planner with T. Rowe Price, says Roth 401(k) plans are most beneficial for workers who don't anticipate that their tax bracket will decrease in retirement. This "usually includes younger people who expect their income to increase as they get older," Ritter says.

Brennan also recommends a Roth 401(k) for younger workers. If and when income increases substantially and their tax bracket is higher than it will likely be in retirement, it might make sense at that point to switch to pretax deferrals in a regular 401(k), she says.

President Trump has issued an executive order to suspend the collection of payroll taxes. How much will it save you?
Drawing Down Retirement Savings in a Pandemic 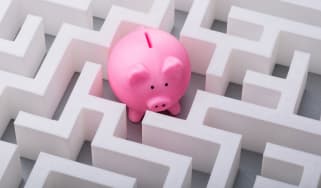 Here are four ways we all need to adapt to keep our financial plans on track as the nation grapples with the coronavirus pandemic.
Skip to ContentSkip to Footer