Where Home Prices Are Headed in 2018

A tap on the brakes from the new tax law may be just what the market needs. 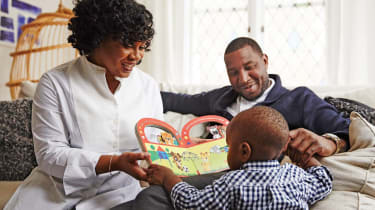 New Jersey is the poster child for the high-cost, high-tax states where housing markets—and homeowners—are supposed to suffer under the new tax law. Patrice and Kalvin Sosoo, of Teaneck, N.J., have a toddler, Kingsley, and a baby on the way, so they're in the market for a larger place. But the Sosoos aren't deterred by the new rules, even though housing costs for their next home are likely to be higher.

Under the new law, homeowners with existing mortgages taken out before December 15, 2017, can continue to deduct interest on up to $1 million of mortgage debt. After that date, the limit for all "acquisition debt"—money used to buy, build or substantially improve a home—falls to $750,000. The deductibility of interest on home-equity loans or lines of credit, old or new, that are used for other purposes—such as paying for a vacation, a car or a college education—disappears. Plus, the deduction for state and local taxes, including property taxes, will be capped at $10,000.

While living in their first home, the Sosoos itemized deductions on their federal tax return, including $11,000 in annual property taxes. The Sosoos have set a price limit of $700,000 on their next home, so they will still be able to deduct all of their mortgage interest. But they'll take a major hit on the deductibility of their state and local taxes; they estimate that property taxes alone will run them about $15,000 annually. "Taxes here are crazy, and the $10,000 limit kind of hurts," says Patrice. But when they file their taxes for 2018, a tax-rate cut and the higher standard deduction could offset at least some of the loss in state and local tax deductions.

The new law raises the standard deduction to $12,000 for single filers, $18,000 for head-of-household filers and $24,000 for married couples who file jointly. That may make the limits on deduction of mortgage interest and state and local taxes a moot point for many homeowners, who will benefit by switching from itemizing to taking the standard deduction.

And despite the agita that followed passage of the tax law, the changes will affect relatively few homeowners. In 2017, about 100,000 home buyers, or just 3.9% of all buyers nationally, took out a mortgage that exceeded $750,000, and they're mainly concentrated in the Bay Area of California and the New York metro area, according to Attom Data Solutions, which analyzes property data.

Attom also found that 4.1 million homeowners, or 4.4% of all homeowners, paid more than $10,000 in property taxes, and they're concentrated in high-tax counties in the Bay Area, Connecticut, Illinois, New Jersey, New York and Texas. But high-earners in places with lower property taxes could also hit the limit. Many high-income homeowners who are subject to the alternative minimum tax were already limited to deducting interest only on mortgage or home-equity debt used to buy, build or improve their homes, and they were prohibited from deducting state and local taxes.

The value of tax benefits was baked into home prices in high-cost, high-tax areas, so home prices will rise more slowly as prospective buyers try to contain the after-tax cost of homeownership.

What do the changes to the tax law mean for home prices? Moody's Analytics expects the housing market to continue recovering in 2018, the seventh year since the market hit bottom. But Moody's predicts that by 2019, home prices nationally will be 3.7% lower, on average, than they would have been otherwise. The value of tax benefits was baked into home prices in high-cost, high-tax areas, so home prices will rise more slowly as prospective buyers try to contain the after-tax cost of homeownership. Some renters may rent longer or choose not to buy at all. Some buyers will look for less-expensive homes. Sellers of higher-end trade-up homes will feel more pressure to lower their prices. Their buyers not only will hit the mortgage-interest and tax caps but also will be more likely to take the standard deduction and discontinue itemizing, especially if they have no other sizable deductions besides housing costs, says Andres Carbacho-Burgos, a housing economist at Moody's Analytics.

High-cost counties that will see home-price appreciation slow are concentrated on the West Coast, in the largest metro areas of Texas, in Chicago, and in the states from Massachusetts to Virginia. New Jersey is the worst case because it has the highest average property tax rate of the 50 states and the largest share of high-tier markets. Moody's figures that by mid 2019, New Jersey's home prices will fall by 2% from the year before.

The trend of people moving from high-cost to lower-cost states will accelerate, says Lawrence Yun, chief economist at the National Association of Realtors. Home prices will continue to rise in states such as Arizona, the Carolinas, Colorado, Florida, Nevada, Texas and Utah as more people move in than out. But prices in Connecticut, Illinois, New Jersey and New York will decline as more people leave.

Home Prices Around the U.S.

Prices increased nationally by 5.4% in 2017, compared with 5.8% in 2016, according to Clear Capital, a provider of real estate data and analysis. Jobs fueled demand from millennials and Generation Xers, who competed for a dearth of starter and trade-up homes and drove up prices.

Home values rose in 269 of the 299 cities tracked by Clear Capital, going up by double digits in about one-seventh of them. With the exception of San Jose, Calif., epicenter of the tech boom, the places with the biggest gains were mostly smaller cities on the West Coast, in the Mountain states or in Florida that are attracting buyers priced out of larger cities nearby or have thriving economies. The cities where prices lost ground have moribund economies. They're mostly located in Upstate New York, the Rust Belt and the South.

CoreLogic, a financial data and analytics company, forecasts that prices will rise by about 4% in 2018, reverting to their historical pace. Frank Nothaft, chief economist at CoreLogic, says that in late 2017, CoreLogic analyzed home prices in the largest 100 metro areas and found that about one-third of them were overvalued by 10% or more, based on the long-term relationship between income and home prices. Are they in bubble trouble? "No," says Nothaft. "It's more an amber warning light indicating erosion of affordability."

Nothaft says historically low mortgage rates have helped to mask declining affordability, and when rates edge up in 2018, affordability will erode, adding to the potential for a slowdown in sales and price appreciation.

The U.S. homeownership rate reached 64.2% in 2017, and it's on a sustainable upward track, according to the U.S. Census. (The homeownership rate peaked at 69.2% in 2004.) Throughout 2017, the number of new homeowners exceeded the number of new renters, and first-time home buyers accounted for nearly one-third of all home sales. Millennials are making their first foray into ownership, and Gen Xers are transitioning from renting back to owning, says Yun. But until the inventory of new and existing homes increases, many would-be first-time buyers will be forced to continue renting.

Many homeowners would like to sell, but they fear they won't be able to find another home they want. Others don't want to give up their cheap mortgages.

Existing homeowners are staying put longer than ever, and the share of repeat home buyers fell slightly between 2016 and 2017. Many homeowners would like to sell, but they fear they won't be able to find another home they want. Others don't want to give up their cheap mortgages.

New homes are the key to unlocking the inventory stalemate, and with more new homes coming to market, the acuteness of the overall housing shortage is past, says Yun. "This year won't be as bad for buyers as 2017, but it won't be back to normal, either," he says.

As the housing market approaches the spring sales season, one thing is sure: Most people buy or sell homes for reasons other than tax benefits. "They're getting married, having kids, or they've changed their jobs, or they're retiring," says Ralph McLaughlin, chief economist at Trulia, an online real estate marketplace. "The tax benefits are of less importance to them."

Mortgage Outlook: Rates Will Ratchet Up

Borrowers who have a FICO credit score of 720 or higher and a down payment of at least 30% will get the best rates. Lenders will look at your whole credit profile, however, and consider factors that will offset risk, such as making a larger down payment or having other assets, says Guy Cecala, publisher of Inside Mortgage Finance. You still must be prepared to produce heaps of documentation of your income and assets and answer persnickety questions. With rising home prices and increasing equity, homeowners who haven't refinanced yet could still snag a low fixed rate. As rates rise, 5/1 and 7/1 adjustable rate mortgages, which lock in a lower rate for five or seven years and then default to a one-year ARM, could gain popularity. Rates on jumbo loans (with a loan amount of $453,100 or more or, in high-cost areas, $679,650 or more) may be even lower than on conforming loans, says Cecala.

When you shop, include an independent mortgage broker or two along with your bank or credit union and nonbank lenders such as Quicken, Caliber Home Loans or LoanDepot. Brokers may be able to find a cheaper deal through their wholesale channel than you could by approaching lenders directly. To find a broker, visit findamortgagebroker.com.

Tax breaks aren't just for the rich. There are plenty of them that are only available to middle- and low-income Americans.
13 Tax Breaks for Homeowners and Home Buyers

Buying a home may be one of the biggest purchases you will ever make.
Skip to ContentSkip to Footer