Specs, pricing and launch date for Apple’s new iPhones … and what they mean for AAPL shareholders 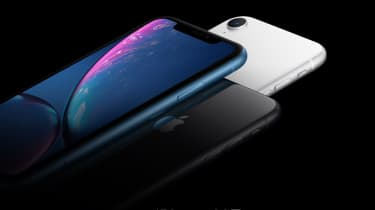 The event was more than just iPhones, of course – the company also unveiled products including the Apple Watch Series 4 and new AirPods 2 wireless earbuds with Siri voice control. But what AAPL stock holders and analysts cared about were new iPhones, and on that front, the company didn’t disappoint.

Apple accidentally leaked photos and names prior to Wednesday’s event, and several other details were already known, so Wall Street had a good broad idea of what to expect – the devil would be in the details. Those details matter all the more considering Apple’s hoping for a string of mass upgrades that failed to materialize after last fall’s iPhone launch.

Perhaps no detail was more important than the key piece of information Apple kept secret until today: pricing.

With that in mind, let’s look at the prices, details and launch dates of the new iPhones ... and the new lineup’s importance to AAPL shareholders.

Building on last year’s iPhone X, the new iPhone XS keeps the same size (5.8-inch screen) and form factor, and adds a new gold color option. It’s faster, with a new 7nm A12 Bionic processor, has up to 512GB in storage and has dual-SIM support. A new dual-camera system with “Smart HDR” and the ability to dynamically change focus depth on photos. It also offers improved IP68 water resistance. The starting price mirrors the iPhone X at $999.

Joining the iPhone XS is the all-new iPhone XS Max. Apple is dropping the “Plus” that started with the iPhone 6 to highlight that this new phone features the largest display Apple has ever packed in a smartphone. Its 6.5-inch Super Retina display is in the same league as the Samsung Galaxy Note 9 (6.4-inch) phablet. It also will have a bigger battery and longer battery life than the iPhone Xs, but is otherwise identical in terms of features. It also features a king-size price of $1,099.

The wild card in this year’s launch is the iPhone XR. This is Apple’s attempt to capitalize on the popularity of the iPhone X screen notch, and features such as Animoji.

The iPhone XR takes the notch, minimal bezels and a big screen, and packs them into an affordable iPhone. At $749, it’s still more than the $649 that consumers used to pay for an entry-level iPhone, but that’s still far less than the $999 iPhone XS. It’s also powered by the same A12 chip the new flagship iPhones use. To keep costs down, the XS uses a Liquid Retina LED display instead of OLED, an aluminum frame instead of stainless steel, and it has a single rear camera instead of a dual-camera system.

Apple also pulled out one of its favorite marketing tricks and will offer the iPhone XR in six colors: black, red, white, yellow, coral and blue.

This could be the iPhone that finally persuades the hundreds of millions of people holding on to old iPhones to upgrade. As Creative Strategies analyst Carolina Milanesi told CNET:

“It’s a good way for Apple to get people with older devices, like the 6 and 5S, to upgrade. It will feel like they have a device that’s modern because it will look like one of the new ones but not have the cost.”

The Importance of the New iPhones to Apple

The importance of these new iPhones to Apple and AAPL shareholders can’t be understated. The iPhone is the biggest reason Apple became a trillion-dollar company; until another product fills its shoes, the iPhone remains key to its future.

Apple has been in uncharted waters since the iPhone X was released in fall 2017. The iPhone X was a gamble on a $999 flagship (when its previous most expensive model was the $769 iPhone 7 Plus). New technology in the form of the iPhone’s True Depth cameras delayed the launch to November. At the same time, the global smartphone market was entering its first-ever contraction.

In the quarter ended Dec. 31, 2017 (the first full quarter following the iPhone X launch, and including the all-important holiday season), iPhone sales represented 69% of total AAPL revenue. The $61.6 billion worth of new iPhones the company sold was a 13% year-over-year increase, despite a 1% decline in units sold.

Now, investors must focus on two questions over the next few months, as the answers will have a significant impact on AAPL stock:

Fixed-income investors have a rocky hill to climb in 2021. These are seven of the best bond funds to buy for this tall task.
14 Hot Upcoming IPOs to Watch For in 2020 and 2021

The most exciting IPOs expected during the rest of 2020 and into 2021 range from a popular home-rental app to an old-guard pet retailer.
Kiplinger's Weekly Earnings Calendar