Sticking With a Sinking Stock

I've been asking myself whether American Capital's drop represents a buying opportunity or a warning that something is amiss. 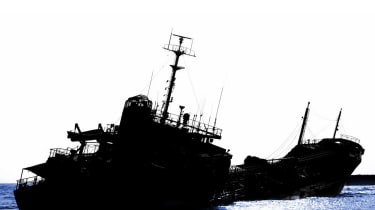 For the past few months, I’ve watched the shares of American Capital Ltd. (ACAS), a piece of my Practical Investing portfolio, slide relentlessly. At a recent price of $13.66, the stock trades for one-third less than the value of American Capital’s net assets of $20.35 per share.

Now to be fair, my investment hasn’t exactly been a dog. American Capital has climbed 53% since I bought 1,122 shares three years ago at $8.94 apiece. But until the stock jumped nearly 6% on August 6, after the release of second-quarter results, it had been sinking steadily since mid April.

I’ve been asking myself whether the earlier drop represents a buying opportunity or a warning that something is amiss. With this company, the answer isn’t easy. American Capital is no ordinary concern; it is a business development company, or BDC—essentially a venture capital firm that takes equity stakes in or lends money to small and midsize firms, most of which are privately held. American Capital also provides management advice to these companies. Think of it as a sort of Shark Tank without the cameras. In addition, the firm collects fees for managing investments for other publicly traded entities.

American Capital was once structured as a “regulated investment company.” That allowed it to avoid corporate income taxes as long as it paid out at least 90% of its taxable income to shareholders. In 2007, when the stock peaked at nearly $50, the company paid out $3.72 per share to stockholders.

But when the financial crisis struck, American Capital posted massive losses. The firm teetered on the brink of insolvency, and by early 2009, the stock had plunged to 59 cents. To conserve capital, the company slashed dividends, then suspended them altogether. In 2011, American Capital changed its structure to a standard corporation so it could hold onto its cash and use its massive losses to offset income taxes in future years. (Regulated investment companies aren’t permitted to carry losses forward to offset future income.)

Starting in early 2009, the stock began to recover. But analysts say investors aren’t giving the company its due, probably because it isn’t paying dividends. They note, for example, that rival Garrison Capital (GARS, $15), which yields 9.4%, trades at just a bit below its net asset value per share.

Breakup benefits. The challenge American Capital faced was how to resume paying dividends while retaining the ability to use all those losses. The answer: Engage in some financial alchemy. The company plans to spin off a BDC that would own the existing firm’s investment assets and pay out the income they generate to shareholders. The remaining entity, which would retain the corporate structure and the American Capital name, would focus on the fee-generating asset-management business and keep the remaining $264 million worth of tax-loss carryforwards.

So why has American Capital’s stock been going down? Part of it is probably due to uncertainty over whether the deal will win the necessary regulatory approval. Investors may also be worrying that 13% of American Capital’s portfolio is in Europe. Moreover, if interest rates rise, the com­pany’s borrowing costs will rise, too.

Still, after digging through six years of financial statements, I found nothing inordinately troubling. Assuming that the company isn’t cooking the books, American Capital’s stock looks like a great deal. So I bought another 750 shares on July 21 for $13.51 a share. I now own 1,872 shares, worth $25,572. If the restructuring has the desired effect, the combined value of the streamlined American Capital and the new BDC should approach American Capital’s current net asset value, suggesting potential appreciation of 49% from today’s price.