This Stumbling Biotech Stock Still Has a Lot of Promise 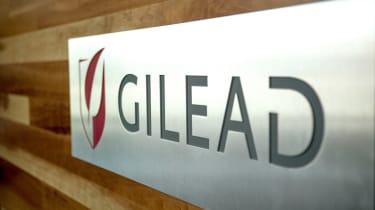 For stock pickers, as for quarterbacks, a 67% completion rate is just dandy. That’s how I feel about the three stocks I added to the Practical Investing portfolio over the past year. I hit pay dirt with two of them but was wide of the mark on the third.

Let’s turn off the football play-offs for a few moments and review the newcomers. I’ll start with AV Homes (symbol AVHI, $16). I bought 1,100 shares last March after writing a piece for our website on attractive low-priced stocks. I paid $11.90 apiece, so I’ve earned a tidy 33% in roughly nine months. (Latest prices are as of November 30.)

AV, a builder of homes and adult-living communities, delivered spectacular results in 2016. Over the year’s first three quarters, revenues jumped 77% and operating income soared 133% from the same period in 2015. The company can’t keep up that pace in 2017. But operating profits are expected to climb by 15%, and the stock, which trades for 12 times projected 2017 earnings, still looks inexpensive. (Ignore the price-earnings ratio of 2.8 that appears on financial websites; it’s based on an inflated earnings figure that includes an already reported, one-time tax benefit in 2016 of $110 million, or $4.13 per share.)

Fun business. AV is small, with a market value of just $358 million, and has frequently lost money, so it’s a speculative stock, to say the least. But I like the business, and I am particularly enamored with AV’s retirement communities, which sponsor a rich schedule of activities, ranging from crafts to bocce ball. In looking for ways to cash in on an aging society, I see a company that builds fun adult communities as a safer play than, say, drugmakers, which must contend with regulatory risk and headline-seeking politicians.

In February 2016, I bought 550 shares of General Motors (GM, $35). At $28.58, the stock was selling for less than five times projected earnings and boasted a 5.0% dividend yield. That struck me as a no-lose proposition for a company that makes such iconic brands as Buick and Chevrolet. I’ve made 21% on the shares so far.The stock remains cheap, selling for 6 times estimated earnings and yielding a still-impressive 4.4%. GM generates more than enough free cash flow to cover the dividend and could easily raise it. It is also buying back shares.

The stock’s near-term appreciation potential is likely to be muted because analysts expect earnings to decline a bit in 2017. Still, I think GM offers above-average appreciation potential over the long term. I will continue to hold it and maybe add to my position. The dividend will add points to the portfolio even if the share price gets clipped.

My fumble was Gilead Sciences (GILD, $74). The price of the one-time biotech superstar has fallen 19% since I bought 150 shares at $90.81 apiece in January 2016. The drop represents the continuation of a slump that began in June 2015, as analysts began to fret about Gilead’s loosening hold on the market for hepatitis C medicines. With pharmaceuticals giant Merck coming out with a cheaper hepatitis drug, the sales of Gilead’s blockbuster medications, Harvoni and Sovaldi, were expected to decline, leaving Gilead with slightly lower operating revenues and profits.I thought Wall Street was overreacting, and I believed I was getting a bargain, with the stock selling for a mere 11 times projected earnings at the time. But Gilead has been getting sacked ever since. Profits in the first nine months of 2016 were down 15% from the same period a year earlier and are likely to drop further in 2017.

Gilead may not bounce off the turf right away. But with 10 new drugs in late-stage clinical trials, the company has a lot of promise. Although I wish I had taken a timeout before I bought the stock, I’m holding on and expect Gilead to win in overtime.

The market's best 5G stocks to buy should reward investors handsomely. But like with the technology itself, don't expect perfection immediately.
Skip to ContentSkip to Footer