8 Stocks Under $10 Worth Buying While They Are Cheap

There’s a visceral appeal to buying stocks that can be picked up for a song, but companies with low-priced shares are often risky bets.

There’s a visceral appeal to buying stocks that can be picked up for a song, but companies with low-priced shares are often risky bets. Whether they’re young or small enterprises or established businesses that have stumbled, Wall Street’s cheapest stocks give investors a chance to hit the jackpot or lose a lot quickly.

That makes low-priced stocks poor choices for the risk-averse but a fun gamble for investors who have some cash to burn. If you’re in the second camp, check out these eight stocks, all selling for less than $10 a share and none with a market capitalization greater than $1.2 billion.

Share prices and related figures are as of March 11. Price-earnings ratios are based on estimated profits for the next four quarters. Sales are for the last four quarters.

Revenues have been erratic since peaking in 2012, and Accuray hasn’t turned an annual profit since 2010. However, the market for radiation-therapy machines is growing rapidly worldwide, and Accuray is zeroing in on those emerging international markets, says Benjamin Nahum, comanager of the Neuberger Berman Intrinsic Value Fund (NINAX). Nahum thinks the company will eventually turn profitable. He adds that a bigger company might want to acquire Accuray for its technology. “There’s a great opportunity, and the stock could double or triple from here,” says Nahum. 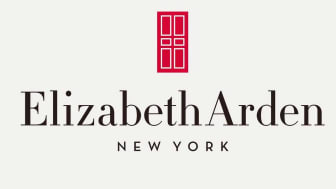 Since the company announced a restructuring plan in 2014, losses have piled up and the stock price has plummeted. In the six-month period that ended December 31, sales fell 3.6% from the same period a year earlier, and the company lost 74 cents a share, compared with a loss of $3.44 per share in the same period of 2014.

But Neuberger Berman’s Nahum sees glimmers of hope. Arden has been replacing top managers in both its cosmetics and fragrance lines, and it is revamping its product lines and cutting costs. The fragrance division — which wrote off $43.8 million on its unpopular Justin Bieber and Nicki Minaj celebrity fragrance lines in the fiscal year that ended last June 30 — is particularly important, given that it accounts for about 75% of the company’s revenues. Nahum thinks Arden’s shares could hit $18 in the next year or two.

Seasoned duffers are familiar with the name Callaway (ELY, $8.76), maker of the “Big Bertha” driver, as well as other golf clubs and accessories. But after peaking in the 1990s, the brand lost its luster, and the stock price has been languishing ever since.

D.A. Davidson analyst Andrew Burns thinks that’s about to change, partly because of a revival in the Callaway brand and partly because of Callaway’s investment in Topgolf, a rapidly growing chain of golf-entertainment centers replete with high-tech driving ranges, restaurants and bars. Callaway owns 18.5% of the closely held chain, which recently announced that Providence Equity Partners, a private-equity firm, had purchased a “sizable minority interest.” As part of the Providence deal, Callaway will sell some of its Topgolf shares back to the company at a price that represents a gain of more than 300% on its initial investment. After the sale, Callaway will still retain a 14.6% stake in Topgolf.

Callaway generates about half of its sales overseas, so it has been swinging against currency headwinds, Burns adds. But the greenback’s rapid run-up seems to be losing steam. Once that headwind subsides, Callaway’s renewed commitment to redesign its clubs and balls at a faster pace should help fuel both sales and earnings. Meanwhile, Topgolf’s rapid expansion – the company expects to open 11 new locations in coming months, adding to 32 existing centers – should help drive up Topgolf’s worth and indirectly boost Callaway’s value. Burns expects Callaway stock to sell for $12 within a year.

Launched a decade ago as a way to combat the high cost of college textbooks, Chegg (CHGG, $4.50) has evolved into a company that provides a wide array of student-oriented services – from tutoring to internship-search services – in addition to renting and selling books.

The company now plans to get out of the printed book business in favor of an all-digital portfolio. In an interview with CNBC last year, CEO Dan Rosensweig said that in today’s rapidly changing technological environment, companies such as Chegg are “either the windshield or the bug.” Becoming a leading player in a big college niche – about 20 million students attend college each year – will help the company thrive in this hotly competitive environment, he said. And getting out of the printed book business will increase Chegg’s profit margins.

Analysts also expect it to be good for the stock. BMO Capital Markets analyst Jeffrey Silber thinks the stock will jump to $7 within a year.

The transition to more-secure chip-based credit cards is a net positive for CPI Card Group (PMTS, $7.79), a manufacturer of debit and credit cards.

Public for less than a year, the company reported that sales skyrocketed 43% in 2015 from the previous year. However, noncash accounting charges related to the repayment of $112.5 million of debt caused CPI to post a net loss last year of 3 cents per share.

Raymond James analyst Wayne Johnson expects rapid growth over the next few years as a growing number of card issuers upgrade to more-secure technology. And many issuers that will be upgrading are smaller firms, which don’t have the same bargaining power as the large issuers that have already converted to chip cards. That bodes well for CPI’s profit margins, says Robert Napoli, an analyst with William Blair. With earnings likely to come in just under $1 per share, CPI shares are selling for a modest 8 times earnings. Johnson expects the stock to sell for $13 within a year.

The market for in-flight entertainment and connectivity is expanding rapidly, and Global Eagle Entertainment (ENT, $9.47) seems ready to take off after a year of turbulence.

The company, which provides movies, television shows, music, games and Wi-Fi on some 700 airplanes worldwide, has been striking new deals and expanding its services at a rapid clip.

Global Eagle makes money in several ways: by selling connectivity equipment to airlines, sharing revenues from the fees passengers pay for Wi-Fi and movies, and selling advertising to the plane’s captive audience. As consumers become increasingly wired to the Web, Global Eagle expects demand for its gate-to-gate Wi-Fi services to mount. Revenues have yet to translate into profits for the five-year-old enterprise, but losses are ebbing, and analysts believe 2016 will be the year Global Eagle turns profitable. And they expect profits to quadruple in 2017.

Its drugs don’t treat disease; they deliver the treatment by finding new roads to the tumor or by breaking down chemical barriers that can block delivery of the treatment. One of the company’s promising drugs, PEGPH20, will go into a final set of clinical tests this month. If the drug proves as safe and effective as analysts expect, it could win Food and Drug Administration approval for use in 2017.

Enhanze, a Halozyme drug that is already on the market, delivers cancer treatments via injections under the skin, rather than with pills. Enhanze has shown enough promise to attract a who’s who of big drugmakers as partners, including Johnson & Johnson, Eli Lilly, Pfizer and Roche.

Halozyme has yet to post a full-year profit and is likely to continue losing money indefinitely. But JMP Securities analyst Jason Butler says that if you add up the company’s cash, the value of its drug portfolio and partnership revenue, Halozyme is worth $22 per share – more than twice its current share price.

Biotechnology companies are increasingly looking for ways to help the body heal itself. MiMedx Group (MDXG, $8.58) does that by using the regenerative cells found in amniotic tissue to create implants, skin and bone grafts and other medical products.

In January, the company bought Stability Biologics, which makes products for bone and tissue grafts for burns and traumatic wound care. Thanks in part to the acquisition, analysts expect revenues to surge 41% this year and for earnings to climb by 27% in 2016 and 33% in 2017. Given the expected growth, the stock, at 26 times projected earnings, looks well-priced. Craig-Hallum Capital analyst Matt Hewitt expects the shares to reach $13 within a year. 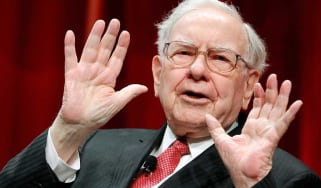