Skip to headerSkip to main contentSkip to footer
Advertisement
bonds

With Donald Trump's election, the yield on U.S. bonds has risen dramatically. That spells opportunity for bond investors. 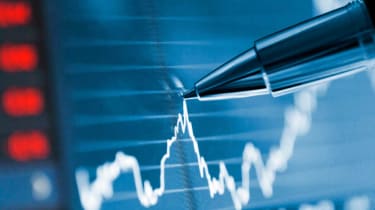 Interest rates paid to investors and savers have been a joke for years: a few hundredths of a percentage point from money market funds, or a percentage point or two (if you’re lucky) from CDs. Thirty-year Treasuries have yielded less than 3%, and securities such as two-year Italian bonds have actually had negative interest rates (meaning you pay the government for the privilege of lending it money).

Analysts have been predicting that rates were inevitably bound to turn around. Now, after many false starts, it appears they really are—in part because of Donald Trump. With his election, the yield on U.S. bonds—the percentage of your investment you get for holding them—has risen dramatically. That spells opportunity for bond investors who seek relatively high income without taking inordinate risks.

Rates versus yields. Bonds are called fixed-income securities for a reason. With nearly all such debt, you make an immutable deal. The borrower (typically a corporation or government) pays you a flat rate of interest for the life of the bond. For the past 30 years, rates have been going down. The benchmark 10-year Treasury bond—the debt that the U.S. government issues with the promise to pay back principal in 10 years—peaked in 1981 at nearly 16%.

After bouncing up and down for six years, the rate hit a new peak of about 10% in 1987, then started a persistent decline, which rewarded existing bondholders handsomely because they not only collected high amounts of interest but also saw the value of their bonds increase, before their prices eventually started to trend toward face value as their maturity dates approached.

Although it may seem paradoxical, bond prices rise when bond rates decline. Why? Imagine you own a $1,000 bond that is issued by the government with a coupon, or a stated promise to pay interest, of 5%. Now imagine that a few years later, interest rates overall start falling, and new bonds like the one you own are being issued at a rate of just 3%. Your bond, paying 5%, is much more valuable than when you bought it. If you sell it on the open market, you will get considerably more than you paid for it.

Now suppose you buy a bond today that yields 2.5%. If interest rates rise and new bonds start carrying coupons of 5% (roughly the historical average), the 2.5% yield on your bond will look awfully puny. If you sell before the bond matures, you’ll have to take a loss. That’s what’s known as interest rate risk, and all bonds carry it.

So the big question is where rates will go from here. If you think next year’s rates will be a lot higher, you will want to wait before you buy long-term bonds.

The Trump effect. On the day after the election, the yield on the 10-year Treasury jumped from just under 1.9% to nearly 2.1% and kept climbing (which means prices fell). By year-end, the yield was 2.5%—an increase of nearly one-third. Trump wasn’t the only reason for the increase. The 10-year Treasury’s yield actually bottomed, at 1.37%, on July 5.

Rates of nearly all bonds tend to rise when investors are worried about inflation. If you buy a 10-year bond today and the annual inflation rate runs 5% for the next decade, the government will return your principal with dollars that have lost two-fifths of their purchasing power. Naturally, investors demand to be compensated for that loss with higher income along the way.

Consumer inflation has been low since the 2007–09 recession. Investors, however, worry that Trump’s election will bring both higher federal expenditures (from a promised trillion dollars in new infrastructure spending) and lower revenues (from promised tax-rate cuts). That means a bigger deficit, plus probably more economic growth—and, thus, higher inflation. Inflation will also get a boost if Trump erects trade barriers against countries such as China because decreased competition will probably result in higher prices for domestically produced goods.

Actually, both growth and inflation showed signs of picking up before Trump’s election, with the unemployment rate dropping to a nine-year low of 4.6% in November. So in December, the Federal Reserve raised very-short-term rates by one-fourth percentage point. Kiplinger expects two more hikes in 2017).

One way to hedge against interest rate risk is to buy bonds that mature at intervals, a strategy called laddering. Some fund sponsors make laddering easier. Deciding whose bonds to buy is also tricky. Check out my eclectic list of 6 Bond Funds to Boost Your Income.

Bonds can be more complex than stocks, but it's not hard to become a knowledgeable fixed-income investor.
The 5 Best iShares ETFs for a Core Portfolio

You can assemble a simple, diversified and dirt-cheap portfolio using just a handful of the best iShares ETFs from its 'Core' series.
10 of the Best Target-Date Fund Families

In a changing market, it’s important to remember why we hold bonds in the first place.