To get higher profits over the long haul, you need higher sales of products and services that keep improving. Tech firms are the best place to look. 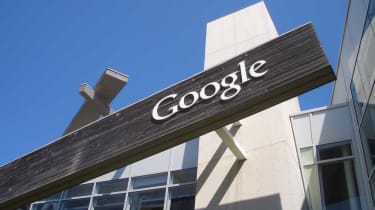 Rapidly rising revenues are my favorite indicator of a great company. Economists say that a stock’s value ultimately reflects the profits—not the revenues, or sales—that a firm is expected to reap in the future. But it’s easier for a company to manipulate reported earnings than revenues. Moreover, although a firm can cut costs to boost profits over the short term, even if sales are stagnant, cost-cutting isn’t a productive long-term strategy.

Alphabet (symbol GOOGL, $804), the former Google, is now raking in ad sales at a rate of more than $6 billion a month, or roughly the same as all the television networks combined. But Alphabet has other ventures, including apps, maps, self-driving cars, broadband and health care, and it has made investments in more than 300 businesses, including Uber and Nest (see A Smarter Way to Heat and Cool Your Home). Stocks in boldface are those I recommend; prices are as of September 30.

Amazon.com (AMZN, $837) is not just the world’s largest online retailer; it also runs a $10-billion-a-year cloud-computing business, makes the world’s number-one streaming media player (Fire TV), and produces original TV series that this year received five Emmy awards. Amazon’s price-earnings ratio is a sky-high 95, based on projected earnings for the year ahead, but I don’t care. Big profits will come later.

In the second quarter of 2016, total revenues for the companies that make up Standard & Poor’s 500-stock index rose 1.2% compared with the same period a year earlier. But revenues at Facebook (FB, $128) in the same quarter soared 59%. Sales at Netflix (NFLX) have increased by an average annual rate of 26% over the past five years; Amazon and Alphabet, by 26% and 21%, respectively. Comparing Value Line’s estimates of revenues for 2016 with actual results in 2010, I found that Facebook’s revenues have risen by a factor of 13, and those of Amazon, Net­flix and Alphabet have each more than tripled. (Facebook did not go public until 2012, but the company reported its audited financial results for previous years.) By contrast, revenues for Wal-Mart Stores (WMT) rose a total of just 14%, and sales for Procter & Gamble (PG) have actually fallen.

Of course, it’s the future, not the past, that counts for shareholders. Analysts believe these four companies—collectively known as the FANGs (the last letter coming from Alphabet’s former name)—will keep growing at a remarkable pace. Value Line projects that over the next five years, the rate of growth of revenues for Facebook will be 31%; Amazon and Netflix, 20%; Alphabet, 13%. In a U.S. economy that is growing by only about 3% annually, including inflation, these figures are mind-boggling. (For another take on the FANGs, see Practical Investing.)

Before you rush out to buy the FANG stocks, consider an intriguing alternative. Nearly 20 years ago, I introduced readers to a portfolio devised by Leslie Douglas, of Folger Nolan Fleming Douglas, a venerable Washington, D.C., investment firm that was founded in 1889. Les Douglas, who died at age 96 in 2010, had an elegant idea for his clients: Buy equal dollar amounts of the five largest stocks on the Nasdaq exchange at the start of each year, then repeat annually.

The brilliance of the Douglas Theory is that, first, you own big tech companies, which tend to be more stable than smaller ones; second, by reallocating each year, you shift your money away from stocks that have soared recently and toward those that may be better values; and, finally, your portfolio gradually changes with the times.

For example, in 1997, when I first wrote about the Douglas Theory, the five largest Nasdaq stocks were Cisco Systems (CSCO), Intel (INTC), Microsoft (MSFT, $58), Oracle (ORCL) and MCI (which later merged into WorldCom, which filed for bankruptcy in 2002). Four of the five are no longer on the Douglas Theory list. Compared with the FANGs, Douglas drops Netflix and adds Apple (AAPL), which has the largest market cap of any U.S. company, and Microsoft, which ranks third, after Alphabet. Apple is no slouch when it comes to revenue growth—up an average of 37% annually for the past five years. Microsoft is the outlier, with just 9% annualized growth.

Another way to buy fast-growing tech stocks is through PowerShares QQQ (QQQ, $119), an exchange-traded fund that tracks the Nasdaq 100 index. Apple, Alphabet, Microsoft, Facebook and Amazon account for 40% of the fund’s assets. Over the past 10 years, QQQ returned 12.3% annualized, an average of 5.0 percentage points per year more than the S&P 500. With the high returns of fast growers, however, comes high short-term risk. Over the past three years, QQQ has been 29% more volatile than the S&P 500.

I noted earlier that Amazon’s P/E is in the stratosphere, but I don’t think that all of the FANG and Douglas stocks are overpriced. Facebook’s P/E is 27, based on projected profits. That’s not too pricey for a company whose sales are growing so rapidly. Alphabet’s P/E is 21; Microsoft’s is 19; Apple’s, 13. Netflix, which has eked out only small profits, has a P/E of 154.

In fact, I have some worries about Netflix—as much as I love its service. Unlike the other five companies, it has only a single business line, and it has attracted some rough competition. Also, it is much smaller than the others.

There’s a case for eliminating Microsoft as well because its growth rate is so much lower (Value Line projects just 7% annual profit growth for the next five years). But Microsoft has clearly gotten a second wind, and I would leave it in a collection of fast growers with Facebook, Alphabet and Amazon. Call them the Four Revenue Risers for the Millennium, or an FRRM portfolio of FAAM stocks. No guarantees, of course, but you should get a profitable ride over the long haul.

James K. Glassman, a visiting fellow at the American Enterprise Institute, is author, most recently, of Safety Net: The Strategy for De-Risking Your Investments in a Time of Turbulence. Of the stocks mentioned, he owns Amazon.com.