Invest in Foreign Stocks Without the Currency Risk

FMI International stays ahead of its peers with the help of a dollar-hedging strategy. 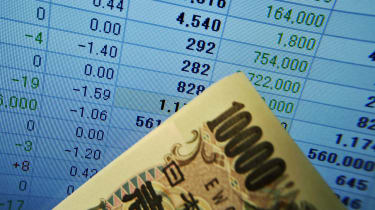 FMI International (FMIJX), a foreign stock fund in the Kiplinger 25, hedges its currency exposure to eliminate the impact of exchange-rate moves. “We mitigate against currency risk to make sure our stock selection shines through,” says Matt Sullivan, one of the fund’s nine managers.

Although exchange rates fluctuated sharply over the past year, the buck in the end lost just 2% against a basket of major currencies. So FMI’s hedges should have hurt its results slightly relative to the main indexes and the fund’s rivals, most of which do not hedge against currency risk. On a relative basis, however, FMI excelled. It lost 2.9% over the past year, compared with a drop of 9.2% for the traditional MSCI EAFE index, which tracks foreign stocks in developed markets without the benefit of hedging, and a loss of 10.4% for a currency-hedged version of the index.

The benefits of FMI’s hedging were on full display over the past five years, during which the dollar appreciated by 28% against major currencies. The fund’s five-year annualized return of 9.3% outpaced the traditional EAFE index by an average of 6.7 percentage points per year, and it beat the hedged version by an average of 2.1 points per year.

FMI’s managers favor high-quality firms with little debt. Top holdings include Accenture (ACN), Schlumberger (SLB) and Rolls-Royce. Over the past year, the best performers were the preferred shares of LG Household & Health Care, a Korean consumer products firm (up 71%), and common shares of Admiral Group (AMIGY), an auto insurance provider in the U.K. (up 32%).

The managers say they are finding few buying opportunities because investors have bid up prices of better-quality firms. Says comanager Jonathan Bloom: “There are plenty of cheap businesses with lots of debt—things we won’t touch. Among high-quality, well-financed businesses, the pickings are slim.” As a result, the fund recently had 13% of its assets in cash. “We have a long list of companies we’d like to get at the right price,” says Sullivan.