The Best Stock in Pennsylvania: AmerisourceBergen

We analyzed publicly traded companies based in the Keystone State to identify the best stock in Pennsylvania to buy now. 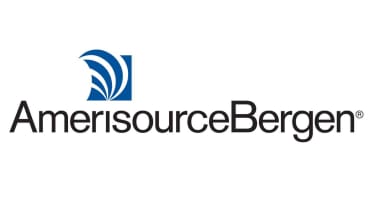 We scoured the nation to identify the best stock in every state. AmerisourceBergen (symbol ABC) is the publicly traded company we picked in Pennsylvania. The company headquarters is located in Chesterbrook.

AmerisourceBergen by the Numbers

AmerisourceBergen is one of three major U.S. pharmaceutical distributors, and it is the main supplier to Walgreens and Express Scripts. The company’s partnership with Walgreens includes supplying the retailer’s entire drug inventory, including generics. Given its high profit margins, the generics business is a major driver of the company’s overall profitability, says Morningstar analyst Vishnu Lekraj. Due to the company’s enormous scale and its status as a preferred partner among drug manufacturers and retail pharmacies, he says, Amerisource will play a critical role in the pharmaceutical supply chain for years to come. That means it stands to benefit from an aging population and a raft of new generic drugs hitting the market as pharmaceutical patents expire, says CFRA analyst Joseph Agnese. He rates the stock a “buy” and believes its shares can hit $99 over the next 12 months.