We analyzed publicly traded companies based in the Magnolia State to identify the best stock in Mississippi to buy now. 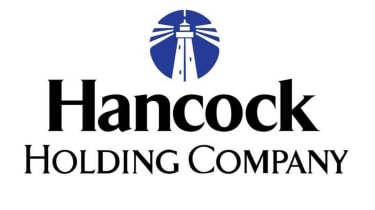 We scoured the nation to identify the best stock in every state. Hancock Holding Co. (symbol HBHC) is the publicly traded company we picked in Mississippi. The company headquarters is located in Gulfport.

Hancock Holding by the Numbers

Hancock provides financial services to customers in the Gulf South region through its subsidiaries, Hancock Bank, which operates in Alabama, Florida and Mississippi, and Whitney Bank, purchased in 2010, operating in Louisiana and Texas.

Results have been mixed since the merger, with charge-offs on loans made to energy companies dinging profits in recent years. But things may be looking up. In April, the bank acquired $1.6 billion worth of deposits, $1 billion in assets (mostly cash) and 29 branch locations from failed First NBC Bank in a transaction with the Federal Deposit Insurance Corporation. This was just five months after Hancock purchased $1.3 billion in loans directly from First NBC, along with $500 million in deposits and nine branches. Value Line analyst Michael Ratty says the deals should help the company boost earnings this year, as should growth in fee revenues and interest income. And with energy companies stabilizing, Hancock can set aside much less money for nonperforming loans. Wall Street analysts, on average, expect earnings to increase 40% this year, followed by a 21% jump in 2018. “HBHC shares have been in the penalty box for far too long,” says David Long, an analyst at financial services company Raymond James. He rates the stock a “strong buy” with a 12-month price target of $54.