Five Ways to Cash In on Corporate Spin-offs

As companies look to unlock value by breaking up, investors have a variety of opportunities. 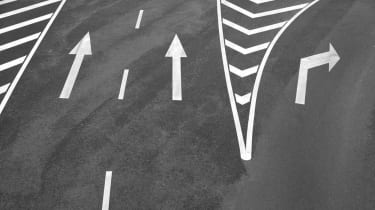 The U.S. divorce rate has fallen over time, but many companies are calling it splitsville. Increasingly, U.S. companies are spinning off parts of their businesses and giving shareholders stock in these newly independent enterprises. Hewlett-Packard (HPQ) recently announced that it would break into two companies, and eBay (EBAY) said it would spin off its PayPal unit. Madison Square Garden Co. (MSG) says it’s considering jettisoning the New York Knicks and New York Rangers. Meanwhile, some investors are pressuring PepsiCo (PEP) to separate its snacks and soda businesses. In fact, 2014 is on pace for 62 corporate spin-offs, the most since 2000, says Joe Cornell, of Spin-Off Research.

Why so much breakup activity now? It’s all about lifting share prices in a lackluster economy, which makes it hard for companies to boost sales and profits. Investors are rewarding companies for separating their low-growth businesses from ones with better prospects for profit and revenue gains. Encouraging the trend are so-called activist investors, who often pressure firms to spin off parts that they think will garner higher stock market valuations. “Once upon a time, conglomerates were supposed to offer you what a portfolio of stocks in the market does,” says Nicholas Heymann, who has been covering industrial stocks on Wall Street for more than three decades. “They were supposedly able to leverage technology and managerial expertise. Today, that argument has increasingly been diminished.”

There are two ways to play the spin-off game: One is to try to identify spin-offs in advance of an announcement and benefit from the bump in the share price that often occurs. The other is to wait for the separation to take place, cool your heels for a while and then invest in the spin-off.

Guggenheim Spin-Off ETF (CSD) is an exchange-traded fund that has produced impressive returns taking the latter approach. The fund, which tracks an index of spin-offs, beat Standard & Poor’s 500-stock index every year from 2009 through 2013. Although it lagged the index by 11 percentage points in 2014, it returned a stellar 22.5% annualized over the past five years. (All prices and returns are as of November 6.) Manager William Belden says the index his fund tracks adds a spin-off only after the stock has traded for at least six months. The fund waits to buy because shareholders of the parent company often dump the stock of a spin-off after receiving it, pushing the price down and creating a possible bargain. Meanwhile, the managers of the now-independent concern, freed from the shackles of a larger company, can focus on making the spin-off more profitable.

Cornell likes Keysight Technologies (KEYS, $30), a recent spin-off from Agilent Technologies (A). Keysight sells measurement instruments to the electronics and communications industries. Cornell thinks the stock is worth 13% more than its current price. Wait to buy, though, because the gap between the share price and Keysight’s true value is likely to widen as some Agilent shareholders dump their Keysight shares.

Want to bet on a future breakup? Ken Squire operates 13D Monitor, a research firm that keeps tabs on activist investors and is named after the form activists must file with the Securities and Exchange Commission when they take a big stake in a company. He also manages The 13D Activist Fund (DDDAX), a mutual fund that beat the S&P 500 in 2012 and 2013, its first two full years of existence, and trails it by just one percentage point so far in 2014. Unfortunately, we can’t recommend the fund because of its 5.75% sales charge and high annual fees. (An institutional share class is no-load.)

At any rate, Squire says he “loves” Darden Restaurants (DRI, $53), the owner of Olive Garden and a stable of smaller, faster-growing chains. Squire says the stock still trades at the price at which hedge fund Starboard Value bought in, even though the hedge fund has effectively taken over the company. Starboard’s principals “want to separate the growth companies from the mature restaurants,” he says. “And it’s going to happen because the guys who want to do it just got control of the board.”

Squire also likes Babcock & Wilcox (BWC, $30), a maker of components for nuclear power plants that also owns a business that supplies equipment to coal plants. An activist firm called Blue Harbour Group wants B&W to unload the coal unit, which, Squire says, “has been weighing down the company’s entire valuation.”