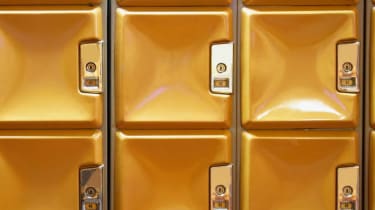 With interest-rate hikes looming, you should start bailing out of the bond market before losses pile up. That, at least, has passed for conventional wisdom over the past year. But the market for safe, traditional bonds has defied that wisdom, remaining remarkably stable and suggesting that you can make money if you stick with solid funds or individual bonds and don’t reach too far for yield.

The economy is showing some strength, so the Federal Reserve is likely to raise short-term rates this year. By 2017, the federal funds rate, essentially zero today, is expected to reach 1.6%. Because bond prices and rates move in opposite directions, bonds are likely to slump as rates inch up.

But the bond market is hardly monolithic. Though higher rates will pressure prices, the impact won’t be uniform. Long-term Treasuries, which are especially sensitive to rate swings, will likely post steep losses. But losses for short-term bonds should be minimal. “Short-term funds will be able to weather the storm,” says Jay Sommariva, of Fort Pitt Capital, a Pittsburgh investment firm.

One way to play it safe is with Vanguard Short-Term Investment-Grade Fund (symbol VFSTX, yield 1.8%), a member of the Kiplinger 25. Holding more than 1,800 high-quality bonds, the fund should be able to remain in the black if rates rise modestly. Since the fund launched in 1982, it has had only two down years, including a loss of just 0.1% in 1994. During the Fed’s previous rate-hiking cycle, from June 29, 2004, to June 30, 2006, the fund generated a 5.4% cumulative total return, slightly trailing the broad bond market’s 5.6% gain.

If the pipsqueak yields on short-term funds don’t appeal to you, you’ll need to take on extra risk, either by extending maturities or by investing in bonds with lower credit ratings. Two solid performers in the Kip 25 are DoubleLine Total Return (DLTNX, 3.6%) and Osterweis Strategic Income (OSTIX, 4.1%). DoubleLine invests in mortgage-backed securities, the specialty of lead manager Jeffrey Gundlach. The fund mostly holds high-quality securities, but it has a bit less than one-fourth of its assets in investments with below-investment-grade ratings. Osterweis favors short-term junk bonds, which pose a greater risk of default than high-grade bonds. Although Osterweis lost 5.5% in 2008, it was a rock star in the junk bond fund category that year.

Floating-rate funds may also provide protection against higher rates, though they pose other risks. The funds, which invest in bank loans typically made to low-quality borrowers, should benefit as rates climb because the rates on such loans will tend to adjust upward. The risk is that the floating-rate-loan landscape is a minefield of risky assets, and the funds could plunge if investors lose their appetite for risky instruments. If you’re going to invest, look at Fidelity Floating Rate High Income (FFRHX, 4.1%), a solid fund that poses minimal interest-rate risk, says Morningstar analyst Sarah Bush.

Finally, consider building your own bond fund. Although it takes a bit of work, you can buy individual issues tailored to your income needs, taking as much or as little risk as you want. Moreover, if you “ladder” your bonds by buying IOUs with maturities of, say, one, three, five, seven and 10 years, you’ll be able to take advantage of higher rates as each IOU comes due. “Holding individual bonds is the safest way to go now as long as you hold them to maturity,” says Anna Rathbun, director of research for CBIZ Retirement Plan Services, an investment adviser in Cleveland.

One hitch: You need at least $50,000 to build a well-diversified portfolio. But if you hold a mix of Treasuries and high-quality corporate or tax-free municipal bonds rated single-A or higher, you’re almost guaranteed to recoup your money when it’s time to cash in—regardless of market stampedes along the way.