How to Be a Better Investor in Today's Market

Use these strategies to stay cool, and even prosper, in an era of uncertainty. 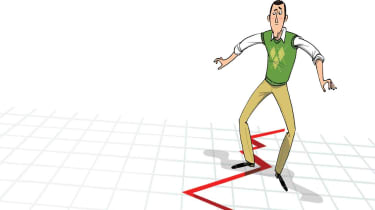 There’s nothing investors hate more than uncertainty, and now it seems there’s nothing but. The chief worries are the Federal Reserve’s intentions and the potential impact that a slowdown in China will have on the rest of the world. The two combined to precipitate the U.S. stock market’s first correction since 2011, with Standard & Poor’s 500-stock index falling 12.4% from its May peak through late August.

The big question is whether the downturn remains a correction or turns into a bear market, defined as a drop of at least 20%. “We’re still treating this as a correction,” says James Stack, publisher of the InvesTech Research newsletter. But although the U.S. economic outlook remains healthy, the bull market, now more than 6½ years old, is showing its age. One warning sign: a waning number of shares advancing relative to those declining.

It’s not so much that investors have to worry about a 2008-like cataclysm, says Ben Inker, co-head of asset allocation at GMO, a Boston investment firm. The more pressing concern is that the typical investor will have a hard time beating inflation over the next five to 10 years. Says Inker: “It’s difficult to make a case that you’ll get returns close to historic averages. It’s not so much scary as it is disheartening.”

What makes today’s environment unique is that the challenges aren’t confined to any one country or any one market. Stocks in developed foreign markets catch a cold when China sneezes, and they stumble every time a debt crunch materializes in the eurozone or a geopolitical crisis emerges anywhere. Emerging-markets stocks might tempt bargain hunters. But shares in commodity-producing countries look unattractive. At any rate, developing markets are high-risk by definition and should claim only a small part of your assets (see Emerging Markets: Not a Pretty Picture).

Cash, the ultimate safe haven, pays nothing today, making it a guaranteed loser after inflation. Yields on money market funds and the like will lag the inflation rate even after the Fed starts to raise rates this year, says Bankrate.com’s chief analyst, Greg McBride. That’s because inflation itself has to rise before the Fed will hike rates enough for savers to notice. In short, says Inker, “It’s not clear where to put money to try to make money.”

We’re here to help. In the articles at the links below, you’ll find our best ideas for how to become a better investor—one who is able to meet the challenges of today’s markets and get decent returns in stocks, bonds, cash and even alternatives, those outside-the-box strategies and investments that you might not normally consider. But they’re worth a look now, because today’s investing environment is anything but normal.