Get Better Interest Rates on Your Savings

Yields have been creeping up on bond maturities of up to three years, and that’s boosting payouts at short-term bond funds. 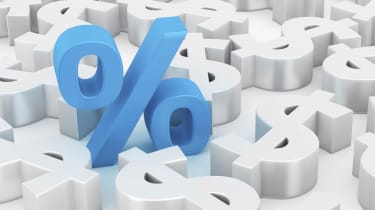 The relentless focus on Federal Reserve interest-rate deliberations is not only tiresome but may also be misguided. Yields can rise regardless of what the central bank does and what chatty Fed members say. That means that savers, who have long complained of being shortchanged by the Fed’s decision to keep short-term interest rates at or near 0% for years, are seeing some improved options. You just have to know where to look.

Start with yields on tax-free money market funds. Vanguard Tax-Exempt Money Market Fund (symbol VMSXX), which paid virtually nothing from 2013 through 2015, now yields 0.3% because municipalities must pay more for the short-term loans they need to meet ordinary expenses while awaiting tax and fee receipts.

Beyond a rise in the cost of overnight loans, rates have been moving up on the short end of the yield curve—the graphic depiction of the relationship between yields and maturities. Over the past year through early June, yields on one-year Treasuries jumped from 0.26% to 0.59%, and on two-year notes from 0.69% to 0.80%. As a result, some banks now pay more than 1% on six-month certificates of deposit and as much as 1.2% for two-year CDs.

Perhaps in anticipation of future Fed moves or because of growing concerns about inflation, yields have been creeping up on bonds with maturities of up to three years. And that’s leading to higher yields at short-term bond funds. For example, Frost Low Duration Bond (FADLX, yield 1.3%) distributed 11 cents a share in interest payments last year. In the first five months of 2016, the fund disbursed 6.24 cents. If it maintains that pace, it will pay out 15 cents for the entire year, a 36% raise from 2015. Baird Short-Term Bond (BSBIX, 1.6%), which handed out 13 cents a share last year, is on pace to pay 14.5 cents for 2016, an 11.5% boost. And because these funds’ payouts are trending higher as 2016 progresses, the final year-over-year growth in distributions is almost certain to end up greater than my straight-line projections suggest.

Going beyond short maturities doesn’t give you much additional bang for the buck. Compare Baird Short-Term Bond with Baird Intermediate Bond (BIMSX, 1.9%). The latter’s average duration, a measure of interest-rate risk, is 4.0 years, compared with 1.9 years for Short-Term Bond. Yet the intermediate-maturity fund delivers just 0.3 percentage point of additional yield.

Baird Short-Term also has a structural edge over its intermediate sibling. Many of Short-Term’s holdings of packaged car loans and other bonds come due in 2017; similar holdings in Intermediate Bond have far longer maturities. If one-year and two-year rates keep edging up while yields of longer-maturity bonds basically go nowhere—which is what I predict will happen—a short-term fund will be in a better position to roll maturing assets into new, higher-paying stuff. Some short-term bond funds may soon be paying 2% without taking undue risks.

Lower for longer. These yield bumps are not life-changing. If you’re waiting for 5% from low-risk, high-quality bonds and CDs, you will be frustrated. Almost all of the experts I talk to are firmly in the “lower (rates) for longer” society. A fresh recruit is Ford O’Neil, who manages or comanages multiple Fidelity bond funds. O’Neil says that people who expect rates to rise dramatically, as he once did, face a “demographic headwind” of aging investors so hungry for income that their demand will restrain bond yields even if the economy flourishes.

For now, getting 2% without stepping into junk-bond territory or owning long-maturity bonds, both of which carry plenty of risk, looks pretty good. A 2% yield won’t make you rich, but it sure beats nothing.

Municipal bond funds allow you to enjoy the benefits of tax-exempt income. By investing CEFs, you can sweeten the pot even further.
Find a Great Place to Retire

We home in on two places with less traffic and lower costs.
Is the Stock Market Closed for the Fourth of July?