How did you get interested in Warren Buffett? I was 13 and had money from my bar mitzvah. I realized I had no need to buy video games or clothing, so why not invest the money? At the library, the first books about investing I saw were about Warren Buffett. That this stuff could make sense to a 13-year-old is why it's so powerful.

What else about Buffett's style appeals to you? Being patient and working with people, not against them -- all that is very conducive to a happy life. The idea is not to get rich quickly but to have a rich life. 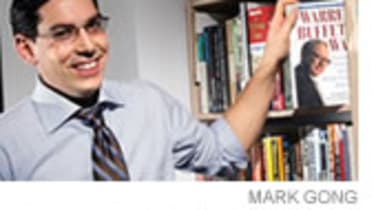 What are the annual meetings like? The first time I went, I was a student at the University of Maryland, and I cut school during finals week to go. I was very lonely that year. Now, my friends and I book an entire hotel and have a party on Friday afternoon for shareholders to meet other shareholders.

How would you describe the shareholders? They are warm and welcoming, very smart, and they know business. They share the same values, not only about investing but also about giving back to the community. They're following Mr. Buffett's example. He sets the tone.

What about the second day? It's like a rock concert. People line up at the stadium before the sun rises. Once the door opens, there's a stampede. After everyone is seated, there's pretty much dead silence as Mr. Buffett and his partner hold court. But my priorities have changed since I first attended. Now, I don't go to the Saturday meeting because I respect the Sabbath. Once it ends, I have friends tell me what they learned.

You once had lunch with Warren Buffett. How did you pull that off? I called Mr. Buffett's office and asked if I could arrange a meeting with him in Omaha for Maryland students. His secretary said that if I could get 40 students to attend, he would do it. We all flew out and heard Buffett speak at his office. Then he took us out to lunch at Gorat's Steak House, his favorite restaurant.

Who paid? He did.