3 Ways to Earn 8% to 11% from Master Limited Partnerships 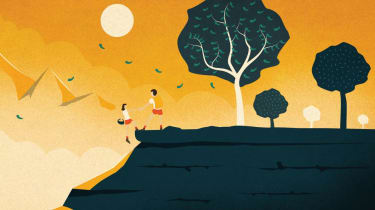 MLPs, often spin-offs from energy companies, operate large parts of the nation's energy infrastructure, such as oil pipelines, natural gas processing facilities and storage depots. Because they pass most of their cash flow through to investors, they're popular with income seekers. But MLP shares plunged in March after a tax ruling by the Federal Energy Regulatory Commission raised fears that some pipeline firms' cash flows could be crimped.

The risks: Analysts say the FERC ruling will have little or no effect on many MLPs. But the move was another blow to the sector, which suffered with the crash in oil and natural gas prices from mid 2014 to early 2016. JPMorgan Chase analysts say that even though rising U.S. oil and gas production is good news for energy-infrastructure firms, fierce competition and the inability of many MLPs to take on more debt could make growth in cash flow and shareholder payouts more difficult for some players. Higher interest rates are also a headwind. And because of the tax issues with MLPs, it's smart to consult a tax adviser before buying.

How to invest: Despite the risks, with MLP share prices beaten down to their lowest levels in at least two years, investors can find high-yielding bargains now. Goldman Sachs recommends Western Gas Partners (WES, $46, 7.9%), which transports and treats natural gas and oil for Anadarko Petroleum and other energy giants. Western, which operates from the Rocky Mountains to Pennsylvania, is on track to generate payouts of $3.83 per share this year and $4.07 in 2019, Goldman says. JPMorgan likes Andeavor Logistics (ANDX, $48, 8.4%), which operates oil and gas pipelines, processing facilities, and storage centers in the western and mid-continent regions. The MLP is expected to pay out $3.90 per share this year and $4.15 in 2019.

MLPs on brokerage firm Stifel's buy list include Green Plains Partners (GPP, $18, 11.0%), which owns and operates storage tanks, terminals and other facilities for Green Plains Inc., the world's second-largest owner of ethanol production plants. Green Plains Partners is a play on soaring export demand for grain-based ethanol to blend with gasoline in energy-hungry foreign markets, including China, India and Brazil. Stifel projects Green Plains Partners' annual payout to investors to rise from $1.82 per share in 2017 to $1.98 in 2018 and $2.09 in 2019.