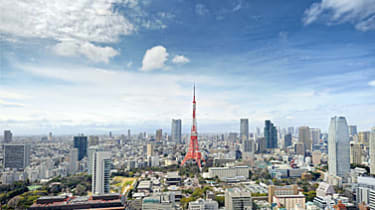 Many investors are skeptical that Japan's suddenly surging stock market can keep the momentum going. But don't count among them the managers of Advisory Research International Small Cap Value (symbol ADVIX) , which has nearly 30% of its assets in Japan. Managers Jonathan Brodsky, Drew Edwards and Marco Priani placed their bets on Japan well before its market took off late last year with the arrival of a new prime minister. While other investors bailed after an earthquake and tsunami ravaged the country in 2011, the trio bought, among other stocks, Sho-Bond, a Tokyo-based civil-engineering company. They sold it last October for a 37% profit.

Edwards and another manager from the Chicago-based firm travel to Japan four or five times a year. Advisory Research underscored the importance of Japan when it opened an office in Tokyo last October. And Japan was a key contributor to the fund's 14.1% return over the past year through March 26. International Small Cap Value beat its bogey, the MSCI EAFE index, by 4.3 percentage points, and it topped its peers — funds that invest in small and midsize foreign companies — by an average of 3.2 percentage points.

Face time with execs at potential holdings is a vital part of the research process. "The opportunity to learn about these businesses, what their objectives are and what their futures look like is a really appealing component," says Brodsky. Members of Advisory Research's international team regularly travel to Europe, Asia and other parts of the world.

Also aiding performance over the past year is how the fund positioned itself against European crises. Priani says the team shied away from euro zone banks and instead focused on high-quality companies whose businesses were minimally affected or not affected at all by the financial crisis. One such stock that performed well was Vallourec, a French steel pipe and tube manufacturer whose customers include energy companies such as Brazilian energy giant Petrobras.

The managers pay special attention to a company's ability to withstand economic downturns. They look for profitable firms with low ratios of price to book value (assets minus liabilities) and strong balance sheets with minimal debt. The fund has only 3% of its assets in emerging-markets stocks. Brodsky, who spent nearly two years working at the Securities and Exchange Commission's Office of International Affairs before becoming a money manager in 2004, says he'd rather get emerging-markets exposure from developed-market companies with operations in those fast-growing exotic lands. Among the few emerging-markets companies owned by the Advisory Research fund is Banco Latinoamericano, a Panama-based bank established by the central bank of Latin America and whose stock trades on the New York Stock Exchange. The fund first bought the stock in 2010.

The median market value of Advisory's holdings is a modest $1.5 billion, but, according to Morningstar, nearly half of its assets are in midsize firms. At last report, the top holdings were Rhön-Klinikum, a German hospital operator; Azbil, a Japanese industrial-equipment manufacturer; and British-based William Morrison Supermarkets.