Skip to headerSkip to main contentSkip to footer
recession

The Perils of Investing in Index Funds

Index funds have been the stars of the bull market. But investors may get a nasty surprise in the next bear market. 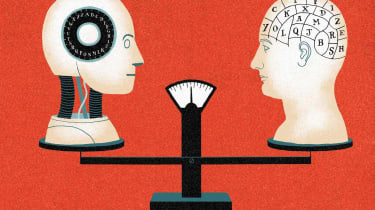 But the tide could be turning. Active management staged an impressive comeback in 2017. In the 12 months through June (the most recent period for which data is available), eight out of the 12 actively managed fund categories that Morningstar tracks beat peer index funds. That marked a massive turnaround, given that only one out of the 12 categories of active funds beat similar passive funds in 2016.

Stock pickers get their groove back. Stock correlations—the degree to which individual stocks tend to move together—have been plummeting since 2016. And although most sectors gained in 2017, there was an unusually wide gap in returns between the sectors that performed the best and those that fared worst. That makes for a fertile environment for stock pickers, who can more easily beat an index when fewer stocks and sectors move in lockstep with it.

Of course, a dyed-in-the-wool index investor might not fret about missing out on a slight performance advantage. That, after all, is the basic trade-off of indexing: You forgo any chance of beating the market in exchange for the promise of matching the market, minus fees.

Active funds may shine in down markets in part because managers can keep more cash on hand than do index funds.

But index investors might feel differently if they knew that they could be staring down larger losses than their active-fund counterparts during the next bear market. Fidelity found that active funds that invest in large U.S. companies beat their benchmarks by half a percentage point, on average, during a period roughly coinciding with the 2007–09 bear market. Some active funds trounced the indexes. For example, the bargain-seeking AMG Yacktman fund (symbol YACKX) beat Standard & Poor’s 500-stock index by nearly nine percentage points over the course of the bear market. “By definition, index funds guarantee that you will suffer 100% of the next bear market’s decline,” says Jim Stack, president of InvesTech Research.

Active funds may shine in down markets in part because managers can keep more cash on hand than do index funds. But it’s also likely, if difficult to prove, that managers’ judgment calls deserve credit. Typically, parts of the market turn frothy in the late stages of a bull run (think of the housing and financial sectors before the 2007–09 downturn, or internet stocks before the 2000–02 bust). Active managers might identify excesses and trim the troublesome sectors before stocks turn south.

By contrast, because most indexes weight components by market capitalization (stock price multiplied by shares outstanding), they impose no checks on ballooning, overvalued stocks and sectors, which account for an ever-increasing portion of the index as those assets keep rising. That leaves investors in funds that mirror the index exposed in a falling market, when those overvalued stocks and sectors usually lose the most. Investors worried about holding outsize stakes in pricey assets might note the 11% weighting of FAANG stocks (Facebook, Amazon, Apple, Netflix and Google parent Alphabet) in the S&P 500, or the overall 24% weighting of technology stocks in the index.

That means investors may do a better job of buying low—and avoiding selling low—in active funds. If an active manager is able to curb fund losses during a bear market, investors may feel more comfortable holding on. And if investors are better able to hold on, then a manager need not sell holdings at fire-sale prices to meet redemptions. That, in turn, boosts performance. “Investor behavior tends to be at its worst when the market is down,” says Cory Clark, director at Dalbar. “That is when something more than just tracking an index can soften the blow.”

Despite the potential advantages of active funds in bear markets, many investors believe that index funds are categorically less risky than actively managed funds. More than half of investors say index funds add more stability to portfolios than actively managed funds, according to Fidelity. “Investors equate index investing with safety,” says Stack. Those investors could be in for a nasty surprise when the long-running bull market eventually falters. Considering historical bear-market losses, Stack says, “When this party does end, investors could be facing a potential 40% loss if they remain fully invested in a blue-chip index fund.”

Index wisely. This is not to say that investors should bail out of index funds. They offer valuable benefits—chiefly lower costs and instant diversification within a given investment category. Just as with any style of management, index funds have strengths and weaknesses, and investors should keep those in mind when deciding how to use indexing in their portfolios.

Index funds that invest in large U.S. companies have a winning long-term track record. But with $2.2 trillion of passive assets already pegged to the S&P 500, investors wary of market distortions should consider broader-based choices, such as Vanguard Total Stock Market (VTSMX) or its exchange-traded cousin (VTI), which is a member of the Kiplinger ETF 20, a list of our recommended exchange-traded funds. Fidelity Total Market (FSTMX) is another good choice. These funds are market-capitalization weighted, meaning investors bear the risk of loading up on the priciest stocks in a soaring market. So consider offsetting them with a proven value-oriented fund, such as Dodge & Cox Stock (DODGX), whose contrarian managers attempt to steer clear of manias. The fund is a member of the Kiplinger 25, a list of our favorite actively managed no-load funds.

Equally weighted index funds, in which each holding accounts for the same portion of the fund, may also better avoid bubbles. The trade-offs with these can be higher costs and greater turnover. One targeted fund that we think is a good buy is Guggenheim S&P 500 Equal Weight Health Care (RYH), an ETF 20 member.

The Vanguard and Fidelity total market funds both include modest exposure to midsize and small companies. Fine-tune your allocation to such companies by adding one or more active funds, such as Kip 25 member T. Rowe Price Small-Cap Value (PRSVX). Consider a similar approach for international stocks: Pick one broad-based index fund as your core holding—say, Vanguard Total International Stock (VGTSX) or the ETF equivalent (VXUS), which is in the Kip ETF 20—and then use actively managed funds to highlight geographic areas or promising investment styles. With bonds, consider sticking mainly to active funds in the current market, in which rising rates and other challenges call for flexibility and nimbleness.