This member of the Kiplinger 25 &mdash; the collection of our favorite no-load mutual funds &mdash; has had a bumpy year, but managed to do a bit better than its benchmark. 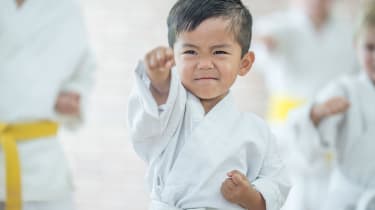 It’s been a topsy-turvy 12 months for small-company stocks. After a rough start, shares in burgeoning firms zoomed upward, thanks to trade-war worries that pushed investors toward small U.S. firms, which ostensibly are less exposed to potential tariffs. But the party ended in September, and small-company stocks have fallen 15% since.

The bumpy ride hasn’t helped T. Rowe Price Small Cap Value (PRSVX), which favors bargain-priced shares of small firms. Over the past 12 months, the Kiplinger 25 fund has retreated 5%, just less than the 5.3% decline in its benchmark, the Russell 2000 Value index. “I’m not jumping up and down about our outperformance, but we have been able to grind out small wins for our investors,” says manager David Wagner.

One win was managed-care company Molina Healthcare, which soared 78% over the past 12 months. A new chief executive came onboard in mid 2017. Now, “they’re managing their costs better, reducing expenses and turning around claims faster,” Wagner says.

The fund’s worst performer, Lumber Liquidators, which sells hardwood flooring, slumped 64% over the past year. A turnaround at the company has stalled. It may face trade duties on the hardwood it buys from China, and a less-than-robust housing market has been a drag, too. Even so, Wagner has been buying on the dips, in part because he thinks the retailer is shielded from the Amazon effect. “People don’t buy hardwood floor online,” he says.

Wagner has run Small Cap Value since mid 2014, steering the fund to a 5.9% annualized return, which beats the fund’s benchmark by an average of one percentage point per year. As the end of the bull market approaches, he says, he’s getting more defensive. The fund holds “a healthy dose”—20% of assets—in fort-like sectors such as consumer staples, health care and utilities.

In less-defensive sectors, such as technology, energy and industrials, he’s focused on firms that can manage downturns well. Such companies have relatively little debt, are able to maintain or even raise prices for their products or services, and sport a high return on capital, a measure of profitability.

Bonds can be more complex than stocks, but it's not hard to become a knowledgeable fixed-income investor.
The 25 Best Low-Fee Mutual Funds to Buy in 2020 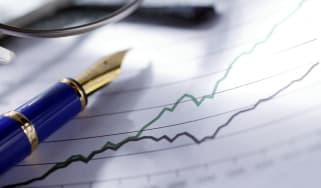 The key to building wealth long-term is buying high-quality (but low-fee) mutual funds run by seasoned stock pickers who have skin in the game. Here a…
The Best Vanguard Funds for 401(k) Retirement Savers

Vanguard funds account for a third of the 100 most popular 401(k) retirement products. We rank Vanguard's best actively managed funds, including its t…
10 of the Best Target-Date Fund Families