This concentrated fund looks for a few high-quality stocks at bargain prices. 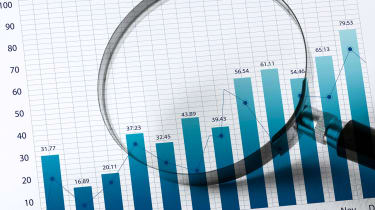 When a mutual fund holds a limited number of stocks, investors should brace themselves for occasional short-term volatility. Consider Smead Value (SMVLX), a fund that invests in 26 large-company stocks. Over the past three years, the fund has been about 11% more volatile than Standard & Poor’s 500-stock index, and it lost $1.19, on average, for every $1 drop in the index.

Such is life for concentrated-portfolio managers investing for the long term, says comanager Bill Smead. But for investors who have been willing to stomach the ride over the years, owning the fund has paid off. The fund has outpaced the S&P 500 in eight of the past 10 calendar years, including 2018 through early December. Over a 10-year span, the fund’s 15.2% annualized return beats the S&P and 97% of large-company value-oriented stock funds.

The fund’s managers use an eight-point checklist to identify excellent firms selling at bargain prices. Among the criteria: strong competitive advantages against peers, a long history of profitability and high levels of free cash flow (cash profits left over after capital outlays). They are always on the hunt for stocks in the proverbial doghouse and will buy a stock only if it trades at a price-earnings or price-to-free-cash-flow ratio that’s less than its average over the previous five to 10 years.

As the managers construct the portfolio, they rely on their checklist (Smead estimates about 80 companies on the market check all eight boxes on their list) as well as a forward-looking view on economic and consumer trends. For example, the managers’ belief that drivers are shifting toward electric and hybrid vehicles means that the fund holds no energy stocks, which make up 10.5% of the average large-company value fund. “Playing oil now is like investing in oats and hay in 1910,” Smead says.

The managers also hope to capitalize on a demographic shift, with the number of Americans ages 30 to 45 increasing 40% over the next 15 years. Target, homebuilder NVR and Walt Disney are plays on the theme. “This generation will spend on things they never used to care about,” Smead says. “We want to own where they shop, where they live and the entertainment they watch.”