After years in the cold, this sector is starting to heat up. 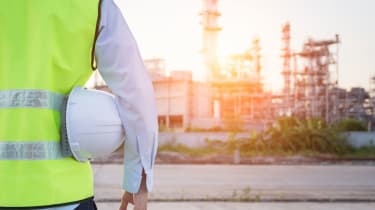 Since the bull market began in 2009, shares in utilities—water, gas and power providers—have lagged Standard & Poor’s 500-stock index. But recent rockiness in the stock market bodes well for the traditionally defensive sector. From the S&P 500’s peak in late September to late October, the index surrendered 7.6%, including dividends. But shares in utilities firms returned 3.3%.

As slow-growing, steady dividend payers, utilities are quintessential safe-haven stocks, which explains why they were overlooked for much of the stock market’s historic rise. Rising interest rates didn’t help. Utilities must compete for investor attention with climbing market yields. Often called bond proxies, utility shares can struggle when rates are rising.

But sentiment might be turning in favor of utilities. As questions about the bull market’s longevity arise, investors are becoming more interested in defensive sectors. Historically, utilities have bested the broad market during bear runs. During the 2007–09 downturn, for instance, utilities stocks lost 45.5%, or 9.75 percentage points fewer than the S&P 500 lost.

Fidelity Select Utilities (FSUTX) aims to beat its benchmark utilities index by focusing on faster-growing firms trading at reasonable prices. Manager Douglas Simmons favors firms that consistently raise their dividends, by at least 6% per year, over those that shell out the biggest payouts. He sees opportunities in companies at the forefront of renewable energy, which he says are poised to boost earnings and dividends at a faster rate than the rest of the sector. One such firm, NextEra, is the top holding in the fund’s 30-stock portfolio. The fund yields 1.56%.

American Century Utilities (BULIX) isn’t a pure utilities fund. The managers start with the Russell 3000 Utilities index, which tracks 85 stocks, including a big slug—30% of the bogey—in steady, high-yielding communications-services companies. They whittle the index down to a 35-stock, actively managed portfolio, favoring bargain-priced stocks with rising share prices and high dividend yields. Though utilities firms make up most of the portfolio, communications giants AT&T and Verizon represent 25% of assets.

The federal government will enjoy an off day on Inauguration Day, but the stock and bond markets alike will conduct business as usual.
The 11 Best Vanguard Funds for 2021

It'd be easy to put together a full 2021 gameplan using nothing but a mix of the best Vanguard funds. Here are 11 that stand out for the year to come.
3 Municipal Bond Funds for Rich, Tax-Friendly Yields

Municipal bond funds allow you to enjoy the benefits of tax-exempt income. By investing in CEFs, you can sweeten the pot even further.