What to Expect From the New Manager at T. Rowe Price Small-Cap Value 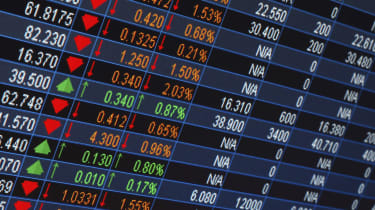 A changing of the guard took place at T. Rowe Price Small-Cap Value (PRSVX) in mid 2014, when longtime manager Preston Athey retired and handed over stewardship of the fund to David Wagner. The transition occurred in the middle of a year in which small-capitalization stocks badly trailed their large-cap brethren. Making matters worse, Small-Cap Value trailed its benchmark, the Russell 2000 index, by five percentage points over the past 12 months.

Historically, the fund, a member of the Kiplinger 25, has held up better than its bogey during rough patches. In 2011, for example, when the Russell 2000 registered a loss of 4%, Small-Cap Value was basically flat. Is the recent lag related to the management change? Wagner says he did some “soul-searching” and concluded that the answer was no.

The fund’s strategy of investing in undiscovered cheap stocks remains unchanged. Wagner says the explanation for the past year’s disappointing results goes back to his company-by-company approach to stock picking. That can lead to excessive weightings in stocks that are sensitive to developments in one industry or another.

And that was precisely what cost the fund in 2014. For starters, Small-Cap Value had 6% of its assets in energy stocks as of June 30, not long before oil prices started to plunge. But other holdings also proved energy-sensitive, says Wagner. Among them was barge operator Kirby Corp., which transports tankers filled with petroleum products, among other things. “It’s a fantastic, well-managed company,” says Wagner, but the drop in oil prices sent Kirby shares reeling nearly 30% in less than three months toward the end of 2014. The fund also took a hit when sluggish housing demand dragged down its housing-related holdings, including builders M/I Homes and Meritage, furniture maker and retailer Ethan Allen Interiors, and Dixie Group, a maker of floor coverings for manufactured homes.

Wagner has instituted new processes to identify sector sensitivity in the portfolio. He has also trimmed holdings that have climbed, such as Greenbrier Cos., a manufacturer of rail cars whose stock more than doubled between January and September of 2014. He used the proceeds to buy shares of clobbered energy stocks. “The values have become so desirable,” says Wagner.