Merger Fund Takes the Stress Out of Market Swings 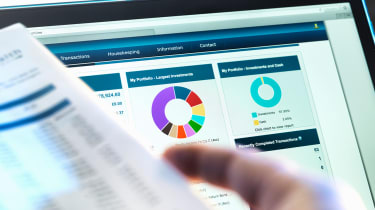 A 3.8% annualized return over the past decade would qualify as disastrous for most stock mutual funds, considering Standard & Poor’s 500-stock index returned an annualized 14.3% over that period. But Merger Fund’s (MERFX) results are more than respectable for a market-neutral fund—one that aims to churn out consistent returns regardless of movements in the broad stock market. Such funds are expected to lag when stocks are soaring, but stay afloat when they’re sinking. When the S&P dipped 4.1% in a week in mid October, the average market-neutral fund lost only 0.3%.

Merger makes its money in merger arbitrage—buying shares in soon-to-be acquired companies after a deal has been announced. Should a prospective merger go through, the fund earns a profit on the difference between the post-announcement price and the price when the deal closes. The key for managers Roy Behren and Michael Shannon is identifying deals that are likely to be consummated. Any deal that falls apart poses the risk of a substantial negative return rather than a modest gain.

Assessing the likelihood that a deal will go through is a research-intensive process, and the fund keeps lawyers, accountants and economists on retainer. That diligence paid off this past June, when AT&T completed its acquisition of Time Warner Cable, a deal 20 months in the making. The managers bought in when the deal was first announced but had to reassess when the U.S. government brought an antitrust lawsuit, sending Time Warner shares plummeting. Merger’s team determined that the government was likely to lose the case, and added to their position in the cable firm, which was acquired at the announced price.

Given that the fund’s success hinges on merger completions, returns are less affected by swings in the stock market. Over the past 10 years, the fund has been 80% less volatile than the S&P 500. What’s more, the fund has historically benefited from rising in­terest rates, says Behren, because returns from successful merger arbitrage tend to average three to five percentage points higher than the yield on a six-month Treasury bill. That makes Merger attractive to investors looking for bond alternatives, he says.