From Pain to Gain for Fidelity New Millennium

Manager John Roth's decision to stick by energy stocks is fueling the recovery. 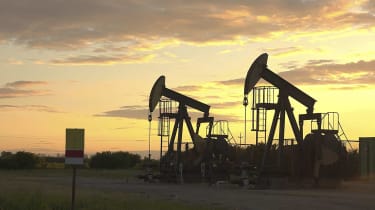 Key to last year’s pain was manager John Roth’s decision to boost his fund’s energy holdings as the sector began to tumble along with the price of oil. But Roth persevered, and many of those same stocks are contributing to this year’s rebound. Shares in two big holdings, Energy Transfer Equity LP, which stores and transports natural gas, and Williams Companies, which operates natural gas pipelines, rose 28% and 25%, respectively, in the first three quarters of 2016. (Both firms are set up as master limited partnerships.)

Roth, who has about 16% of his fund’s assets in energy stocks, is still excited about the sector’s near-term prospects. The industry has a long business cycle, he says, and you “only get opportunities every 10 years or so to get in at the bottom of the cycle.” He thinks his fund is “going to make a nice return” over the next two years.

Other big contributors to the fund’s recent results include cardiac device maker Boston Scientific (up 29% in the first nine months of 2016), Facebook (23%) and networking-equipment maker Cisco Systems (19%).

Roth calls himself an opportunistic investor with a bias toward growth stocks. That covers a lot of ground and makes Roth a great fit for New Millennium, which has a broad mandate. It can buy companies of any size, growth or value stocks, U.S. firms or foreign names. His eclectic approach stems from his wide-ranging experience at Fidelity, which has included stints running sector funds that focus (separately) on chemicals, utilities, consumer goods and media stocks.

Lately, Roth has tilted more toward stocks trading at bargain prices. He’d like to hold more growth stocks, but, he says, “apart from a select few,” such as Facebook, most growth stocks have gotten too expensive. Two he’s eyeing for the right price are Nike and Under Armour.