A Short-Term Bond Fund That Yields 2.3% 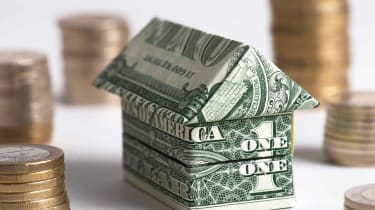 In the staid world of bonds, it doesn’t get much more boring than short-term U.S. government debt. But in today’s low-interest-rate environment, Sit U.S. Government Securities (SNGVX) fund, with a yield of 2.3%, is sitting pretty. The typical short-term government bond fund pays a measly 0.7%.

Managers Mark Book, Mike Brilley and Bryce Doty invest mostly in pools of government-backed fixed-rate mortgages. Like most bonds, these high-quality securities are sensitive to interest-rate moves (though not as much as Treasury bonds of similar maturities). Mortgage securities are also subject to the risk that homeowners will refinance their loans.

To protect against this prepayment risk, the managers seek bundles of mortgages that have undergone at least one major wave of refinancing and that pay at least 6% in interest. The fund pays a premium for these securities, but the risk of further prepayments is low. The managers have also positioned the fund to protect shareholders from rising interest rates (bond prices and rates move in opposite directions). The fund’s average duration, a measure of interest-rate sensitivity, typically ranges from two to five years. Today, its average duration is a mere 0.9 year, implying that the fund’s share price would drop just 0.9% if rates were to rise by one percentage point. In the fund’s 28 years, it has suffered only one down year, losing 2.1% in 2013.