The highly anticipated rise will be good for savers and investors.

by: Christopher A. Murray, Investment Adviser 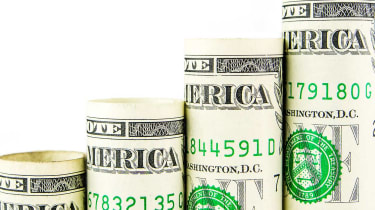 Federal Reserve Chairwoman Janet Yellen is at it again—hinting that the time might finally be right to raise interest rates.

What should you do if it does? If you are risk-averse, you can take advantage of the higher yields from bank products such as certificates of deposit, money-market accounts and savings accounts. For those who have exposure to the markets, evaluate your current stock and bond market exposure and make necessary adjustments.

The last time the Fed increased rates was December 2015, and an expectation was set at that time—based on the strength of the economy and the labor market—that we would see three to four increases in 2016. So we waited and watched and... nothing.

If the Fed comes through in December, it will be welcome news. As former FDIC Chair Sheila Bair said recently, "We've been keeping interest rates far too low for far too long." The increase needs to be slow and gradual, she told FOX Business Network, "but they need to get on with it."

I agree. The Fed has been roundly criticized by economists and politicians for propping up the U.S. economy, distorting the market and creating a bubble that's doomed to burst. And Yellen has earned a reputation as an interest-rate tease, bouncing back and forth between optimism and pessimism—and taking the American public with her. (The job market is doing well. Yay! But, hold on, there could be significant repercussions from the Brexit. Ohhh!)

Meanwhile, if you're looking for a way to save and invest, you're being punished. If you put your hard-earned dollars in a money-market account or certificate of deposit (you know, the way your risk-averse but savvy-about-saving parents and grandparents did?), you're actually losing money. And you have been for years. Because if you're making 1% interest, and inflation is 1.5% to 2% (those are the Fed's figures, by the way), you're simply not keeping up.

This is especially unfair to older workers who want to move from stocks and bonds to something more conservative as they prepare to retire and to elderly Americans on a fixed income, who rely on interest income to cover their living expenses.

Raise the interest rate, and they'll likely loosen their purse strings, which benefits the economy. And younger investors might learn to keep some money outside of the volatile market—in savings—and use that, instead of credit, to pay for high-ticket items. Imagine that.

We're ready. The Fed's year of waffling sends a message that, when it comes to the economy, at least, things aren't so bad—bumpy, perhaps, but not bottoming out. And a higher interest rate gives the market somewhere to go if things really do go south.

If you remember back to the terrorist attacks in 2001, the interest rates were up around 4% or 5%, which gave the Federal Reserve some wiggle room to reduce rates and bring some calm to the financial markets. When you're at 0%, what are you going to do? There isn't any room left.

Yellen continues to say the Fed's decision on rates will depend on economic data and not a preset timetable. Let's just hope when the increase finally comes, it isn't too little too late.

Christopher A. Murray is a professional financial adviser, insurance professional and president of the Maryland-based Murray Financial Group. He is a Certified Fund Specialist and Board Certified in Mutual Funds.

Christopher A. Murray is a professional financial adviser, insurance professional and president of the Maryland-based Murray Financial Group. He is a Certified Fund Specialist, Board Certified in Mutual Funds and a Certified Senior Consultant. Murray has produced and hosted the weekly "Your Financial Editor" radio show for 17 years and provides daily business and financial market updates. He is an active member of the National Press Club and has contributed to several publications, including "The Wall Street Journal."

Investors let go of stimulus hopes and embraced COVID fears on Monday as cases surged both in the U.S. and abroad.
The Best and Worst Presidents (According to the Stock Market)

Thursday's gains were driven by more positive language on stimulus negotiations, but an uncertain timeline kept those advances modest.
Where Millionaires Live in America

Looking to rub elbows with the rich? These 15 metro areas have the highest concentrations of households with at least a million dollars in liquid asse…