Is the Stock Market Dangerously High?

Warning signs are flashing, but no one has the slightest idea when a bull market -- or a bear market, for that matter -- will end. 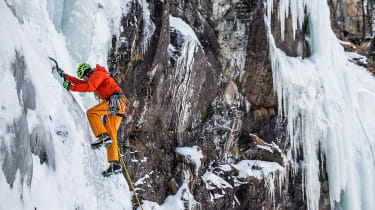 The month of March reminds us that bad things happen to good markets. On March 9, 2009, the Dow Jones industrial average closed at 6547, down by more than half from its record high a year and a half earlier. But after descending into that Death Valley, the stock market has climbed to new heights, with the Dow nearly quadrupling. Two more years like 2017, when the index returned a little more than 28%, and we’ll reach my personal holy grail: Dow 36,000.

But the stock market’s success can’t obscure unpleasant memories. Are we witnessing another melt-up? Investopedia defines melt-up as a huge increase in stock market value driven “by a stampede of investors who don’t want to miss out on its rise.” The danger, of course, is that a melt-up could morph into a meltdown, especially if stock prices are being bid higher for no good reason.

Certainly, the bull’s persistence is in dispute. The current long-term upward trend has a decade or more still to run, predicted portfolio manager Steve Chiavarone, of Federated Investors, on CNBC last November. On the same network eight days later, Michael Hartnett, chief investment strategist at Bank of America Merrill Lynch, claimed the opposite, forecasting an end to the bull market in 2018.

Age Is Just a Number

By one calculation, this bull market is the second-longest since World War II, and it will surpass the all-time leader (1990–2000) if it survives through August. A bull market is generally defined as a period without a decline of 20%. Between May and October 2011, Standard & Poor’s 500-stock index fell 19.4%, when measured by closing market prices, and thus the bull was deemed to have kept running. But based on highs and lows during trading, the drop was 21.6%. In that case, the current bull market is only six and a half years old, which makes it the fourth-longest since WWII—and, thus, not quite so grizzled.

Your concern, however, should not be past records but present reality and future expectations. Clearly, a powerful driver of stock prices during 2017 was the anticipation of a corporate tax cut. Before the change went into effect, the marginal tax rate for big businesses of the sort listed on stock exchanges was 35%; it was reduced starting this year to 21%. Just do some quick-and-dirty math: A company earning $1 billion would be able to retain $650 million after taxes in 2017 but $790 million in 2018. That’s an increase of 21.5%; it’s no coincidence that the S&P last year returned 21.8%.

Stock prices rise in anticipation of something good happening. When it happens, investors look forward to the next good thing. They don’t look back at the last good thing. Does anyone believe there’s another tax cut coming? Of course, the current tax reduction could lead to more economic growth, which, in a virtuous circle, would mean more revenues and profits for businesses. But a rapidly growing economy creates its own problems, including one we haven’t seen for decades: inflation.

Stocks might also be losing a key support. Low interest rates have helped buoy stock prices—first, by boosting the economy via lower borrowing costs for consumers and businesses, and second, by rendering bonds, with their low yields, unattractive compared with stocks. It makes little sense to own a 10-year Treasury bond that yields 2.5% when you can buy solid stocks such as Chevron, with a dividend yield of 3.2%; Coca-Cola, at 3.2%; and Procter & Gamble, at 3.1%—all companies with a powerful history of raising their dividend payouts.

But what happens when the Federal Reserve, worried about inflation as the economy heats up, starts raising short-term rates consistently, and longer-term rates respond in kind? Analysts have been calling for rising rates for years; in 2018, it could happen.

A bigger worry than economic fundamentals is the behavior of investors. Are they rushing headlong into the market simply because stocks are soaring? If so, they are precipitating a melt-up, which is fun while it lasts but produces a terrible hangover. The all-time record bull market, in terms of price gains and longevity, ended with a 49% decline from March 2000 to October 2002. And the 2002–07 bull (ranking sixth in the hit parade) ended with a thud as stock prices dropped 37% in 2008 alone and 57% overall before the market turned around.

Investors today are certainly optimistic. According to a University of Michigan sentiment survey, the proportion of consumers who expect higher stock prices one year from now is at the same level as during the 2007 market peak. Money is flooding into exchange-traded funds, mainly those linked to stock indexes; such ETFs collected a net (after redemptions) $350 billion in 2017, according to the Investment Company Institute, compared with a $186 billion increase for 2016.These investors may be taking on more risk than they intend. Stock valuations are high by historical standards. The Cyclically Adjusted Price-to-Earnings (CAPE) ratio, compiled by Yale University finance professor Robert Shiller, which takes into account earnings and inflation over rolling 10-year periods, shows that stocks are dangerously expensive—roughly at the level before the crash of 1929. A more conventional measure found that at the end of 2017, stocks were trading at 19 times their estimated earnings over the next 12 months—the highest average P/E in more than 15 years, according to Fact Set. Still, that high valuation may be justified by earnings growth and low interest rates.

My conclusion is that warning signs are flashing. But I am also a firm believer in two stock market principles: First, you can always find data to support any market thesis, positive or negative; and second, no one has the slightest idea when a bull market—or a bear market, for that matter—will end. So what should you do in the current situation? Mostly nothing. If you are already doing the right thing, then just keep doing it. That is, own a portfolio of diversified stocks and mutual funds and hold on, making regular purchases every month or quarter or year, as your risk tolerance and your stage in life permit. Keep in mind that after the last disaster, stocks recovered quickly. In a little over five years, the Dow had returned to its 2007 peak, and that doesn’t even count the dividends paid along the way.

You can also look for bargains. They aren’t easy to find right now, but the place to look is among the unloved. The Wall Street Journal at the end of 2017 published a list of more than 100 global assets, from currencies to stock indexes, and ranked them by their performance for the year. Only 17 declined in value. Among the ones in which you can actually invest: energy-related companies and farm commodities, such as corn, sugar and orange juice. I believe these assets will prosper if, as I suspect, the geo­political scene deteriorates and the web of global trading relationships continues to fray.

And then there’s always the Pakistani rupee or the Ukrainian hryvnia. No melt-ups there.

James K. Glassman is the coauthor, with Kevin Hassett, of Dow 36,000, published in 1999. He owns none of the securities mentioned in this column. You can reach him at JGlassman@kiplinger.com.